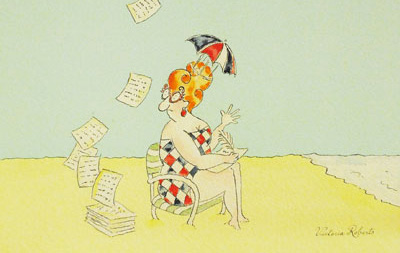 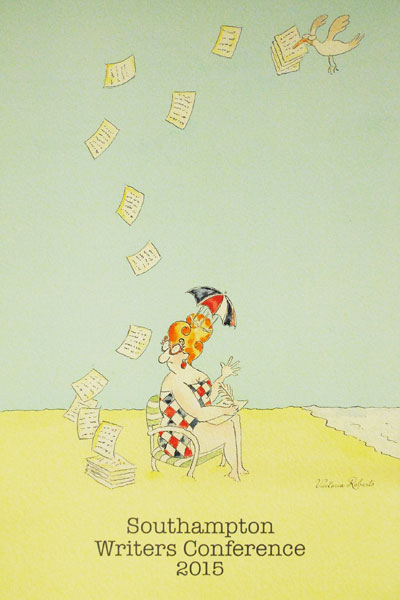 Some of literature’s brightest lights have illuminated the Southampton Writers Conference, which celebrates its 40th year July 8-19 at Stony Brook University’s Southampton campus. The conference is the heart of the Southampton Arts Summer, which also includes a Children’s Literature Conference and the Southampton International Theatre Workshops and Festival, both held July 15-19.

“I think it’s fair to say we have played a role in the literary history of this generation,” said Robert Reeves, Associate Provost for the Southampton Graduate Arts Campus, who has directed the Writers Conference since 1988. “But the best news of all is what comes next. In a culture rumored to have discarded the written word, the art of writing is more important than ever, and the communities that support the efforts of writers are thriving as never before.”

The conference was first held in 1976 and is known for having a relaxed and friendly atmosphere, a vibe that brings out the best in its attendees. “The writers who come to Southampton do so in a spirit of conviviality,” said Sheehan, director of the MFA program in Creative Writing and Literature. “Writing is such a solitary and sometimes heartbreaking art that a cold, unsupportive or meanly competitive gathering is pointless.”

Testimonials from past conferences paint a picture of a place, on the shores of the Atlantic Ocean, that brings together writers at all stages of their careers to share their experiences, and allows creativity to flow. “What is truly amazing about this program is that not only have I had the chance to learn craft from some of today’s greatest writers, but also that these famous talents treat students as fellow writers,” said one conference attendee from Brooklyn. “In both intense workshops and informal chats, I’ve created lasting friendships with writers young and old, from all over the country,” said another writer from Connecticut.

This year’s conference will include the July 18 launch of the summer edition of TSR: The Southampton Review, the campus literary magazine. The launch event is a live recording of Selected Shorts, for future broadcast on NPR. It will feature works from past issues of TSR, read by Jill Eikenberry, Michael Turner, Harris Yulin and Billy Collins. The event, at 7:30 pm on the Avram Stage of the Fine Arts building, is open to the public. Admission is $35, payable at the door, and includes the winter and summer issues of TSR.