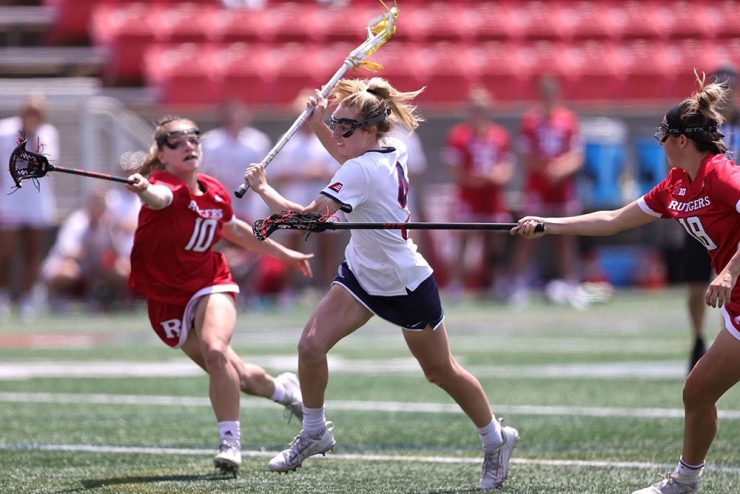 The Stony Brook University women’s lacrosse team advanced to the Elite Eight of the NCAA Division I tournament for the third time in the last four years, riding a record-setting performance from Taryn Ohlmiller to a dominant, 20-8 victory over Rutgers at LaValle Stadium on May 16.

Ohlmiller now has 408 career points, second in Seawolves history behind her sister Kylie, who provided color commentary of Sunday’s win on ESPN3.

Stony Brook (16-2) is seeking its first-ever Final Four appearance, but will have to get past No. 1-ranked North Carolina on Saturday, May 22, at noon at Chapel Hill. Stony Brook lost to the Tar Heels, 14-7, on Feb. 14.

Read complete coverage of the Seawolves’ victory on the SBU Athletics website.