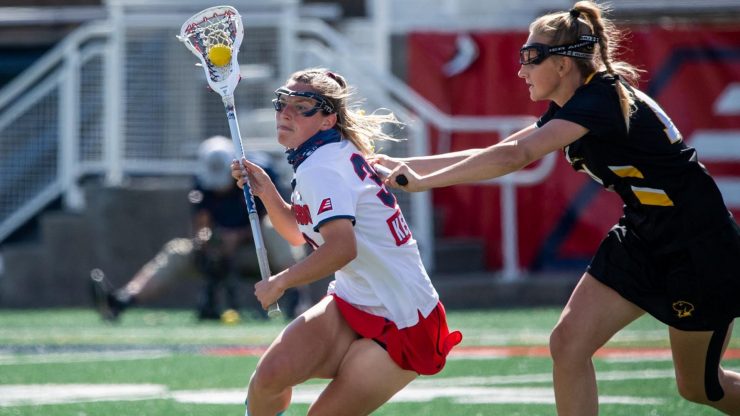 The Stony Brook women’s lacrosse team made it into the America East finals with a 25-13 win against fourth-seeded UMBC on May 7 at Kenneth P. LaValle Stadium.

Aiming for their eighth straight conference title, the top-seeded Seawolves will host second-seeded UAlbany on Saturday, May 8, at 1 pm.

Claim complimentary tickets for the May 8 AE Championship game.

Stony Brook’s goal output was the most ever in an America East playoff game, surpassing the Seawolves’ 22 in the finals against UAlbany in 2018.

Ally Kennedy finished with seven goals, matching an America East tournament record and pulling even with  Kylie Ohlmiller, who was in attendance, for second in program history at 252.

Coach Joe Spallina said postgame that he had hoped to rest his starters for much of Thursday’s game in preparation for the finals. But the early dogfight had its value.