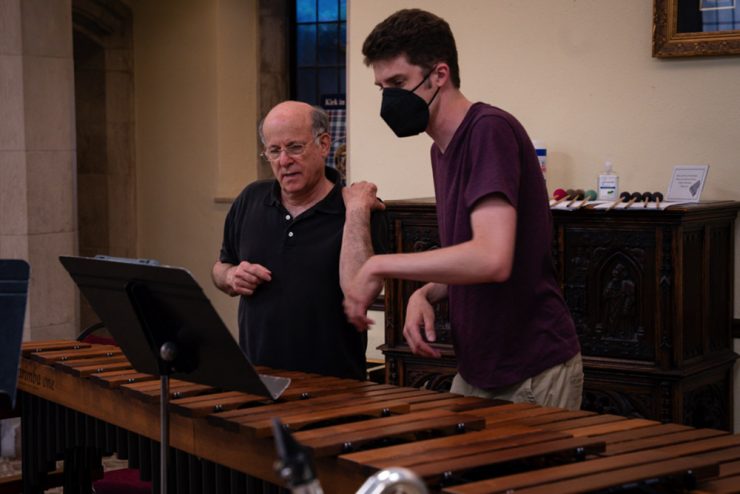 Composer Perry Goldstein, professor in the College of Arts and Sciences Department of Music, was this year’s Stone Composer in Residence at the recent 29th Great Lakes Chamber Music Festival. The festival, which featured a wide range of composers that included Stony Brook faculty, featured more than 30 concerts and events in and around Detroit, including the Detroit Institute of Art.

SBU’s presence at the festival included two members of the Emerson String Quartet — Paul Watkins, cellist, served as artistic director, and Philip Setzer, violinist, directed the Shouse Institute, which is the educational arm of the festival. Department of Music faculty composer Matthew Barnson also had a piece performed at the festival, as did Alan Hankers, recent PhD graduate in music composition. The Pelia String Quartet, recent prize winners in the Wigmore International String Quartet Competition, performed in five of the festival’s concerts.

Three of Goldstein’s pieces, including two premieres, were programmed by the festival, including the premiere of “Birding By Ear.” The text for the work — six poems on the subject of birdsong — was composed by Richard Powers, author of 13 novels and winner in 2019 of the Pulitzer Prize in Fiction for the novel Overstory. Longtime friends for nearly five decades, Goldstein and Powers have collaborated on four projects since 1998. The work was performed by baritone Randall Scarlata, a former Department of Music faculty member, as well as Setzer and Watkins, with pianist Gilles Vonsattel. Goldstein and Powers also gave a talk, “Beyond the Notes: In Conversation with Richard Powers and Perry Goldstein,” at which the ensemble performed excerpts of three of the songs.

“I’ve set four texts to music, each time relying on my dear friend, Rick Powers, to supply his moving, inspirational poetry,” said Goldstein. “In his set of poems, ‘Birding By Ear,’ we hear a foreshadowing of his next novel, Overstory, the monumental and deeply affecting novel treating the destruction of our planet.”

On the collaboration, Powers, who also won the National Book Award in 2006 for his novel The Echo Maker, said, “I wrote this cycle of six poems with an eye toward inspiring Perry’s virtuosity and range as a composer. I tried to give him a broad palette of emotional and rhythmic possibilities. Although the poems are about the mystery of birdsong, they are also about the mystery of human music and its uncanny ability to elicit our deepest feelings of sorrow and joy.”

Other performances included the 2006 composition, “Quintet for Alto Saxophone and String Quartet,” performed by University of Michigan professor of saxophone Timothy McAllister and the Pelia String Quartet, comprised of Department of Music doctoral students in the Emerson String Quartet Institute. In addition, a piece titled “Jittery Engine,” commissioned for the festival, was performed by the ensemble F-Plus at the Detroit Institute of Art.

Goldstein noted the first-rate performances among many superb musicians who took part in the festival. “It’s a great honor to find my name on a list of distinguished composers in residence that includes John Corigliano, Joan Tower, Ned Rorem, William Bolcom, John Harbison, Lera Auerbach and Piers Hellawell.”

Goldstein’s music has been extensively performed throughout the world by renowned performers. A member of the Department of Music faculty since 1992, Goldstein has composed more than 50 works, and his music appears on 21 compact discs. He received the SUNY Chancellor’s and President’s Awards for Excellence in Teaching in 1998 and was appointed to the rank of SUNY Distinguished Service Professor in 2016. He chaired the Department of Music for nine years, from 2012 to 2021, after serving as the department’s undergraduate program director and graduate program director. Goldstein also served as the inaugural director of the Undergraduate College of Arts, Culture, and Humanities from 2001 to 2004. 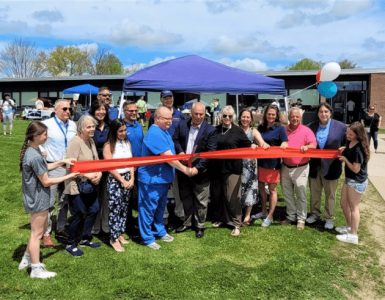