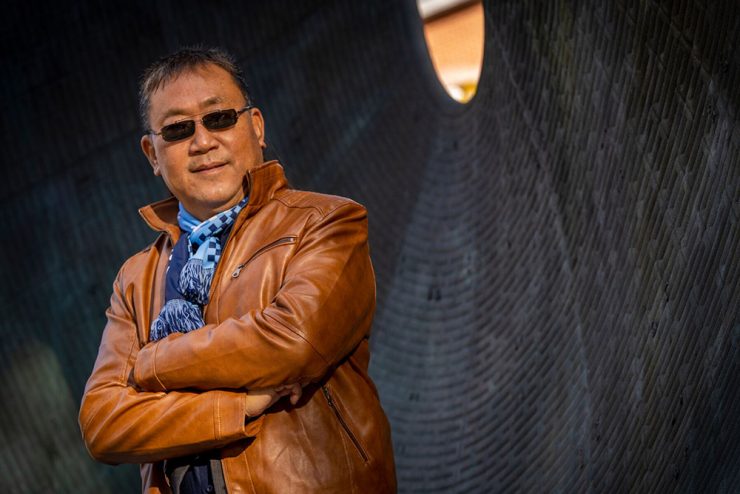 Chang Kee Jung, distinguished professor and chair in the College of Arts and Sciences Department of Physics and Astronomy at Stony Brook University, has been selected to receive the American Physical Society’s 2022 Julius Edgar Lilienfeld Prize, a society-wide prize. Professor Jung will be presented with the Lilienfeld Prize at the APS Medal & Prizes Ceremony on January 27, 2022 in Washington, DC.

“The Julius Edgar Lilienfeld Prize recognizes Professor Jung’s significant research contributions to the field of physics, outstanding teaching, and meaningful work in our community,” said Maurie McInnis, president of Stony Brook University. “His many achievements are a reflection of the high standards to which our Department of Physics and Astronomy has adhered since its  early days, when Nobel Prize-winning physicist CN Yang joined our young campus. Congratulations to Professor Jung for his decades of accomplishments and for his continued commitment to public education and the many students who have benefited from his mentorship.”

In the field of particle physics, Jung is one of the world’s leading experts in the study of neutrino oscillations, which occur when a neutrino of one type can change into one of a different type, a phenomenon which could prove critical to understanding the matter-antimatter imbalance in the present universe, which is believed to have been created right after the birth of the universe — the Big Bang. Neutrinos ​are similar to the more familiar electron, with two crucial differences: neutrinos do not carry an electric charge and they have comparatively tiny masses.

Jung is also an expert in proton decay, a hypothetical form of decay in the Grand Unification Theories in which the proton decays into lighter subatomic particles. He started a research group called Nucleon Decay and Neutrino (NN) at Stony Brook to study neutrino properties and search for evidence of proton decays. The NN group participated in the experiments that made the historic discoveries of the neutrino oscillation phenomena.

These discoveries resulted in a Nobel Prize in Physics in 2015 for the discovery of neutrino oscillations on behalf of collaborator professor Takaaki Kajita, and a 2016 Breakthrough Prize in Fundamental Physics for further experimentation. Jung served as international co-spokesperson of the T2K Experiment and also served on the leadership team of the Deep Underground Neutrino Experiment (DUNE), aimed at deepening our understanding of the physical universe through the study of neutrinos.

“I am very happy to hear that Chang Kee received this very prestigious award,” said professor Takashi Kobayashi, J-PARC director and collaborator with Professor Jung on the Super-Kamiokande, K2K and T2K experiments. “I enjoyed very much working with Chang Kee as spokespeople of T2K collaboration during the very exciting period of the first discovery. It was also a difficult and challenging period, recovering from damage from the big earthquake in 2011 and restarting the experiment within one year. Chang Kee showed very strong leadership to achieve those goals. I am sure that, without his great contributions, we could not accomplish the great discovery and recovery. Congratulations!” 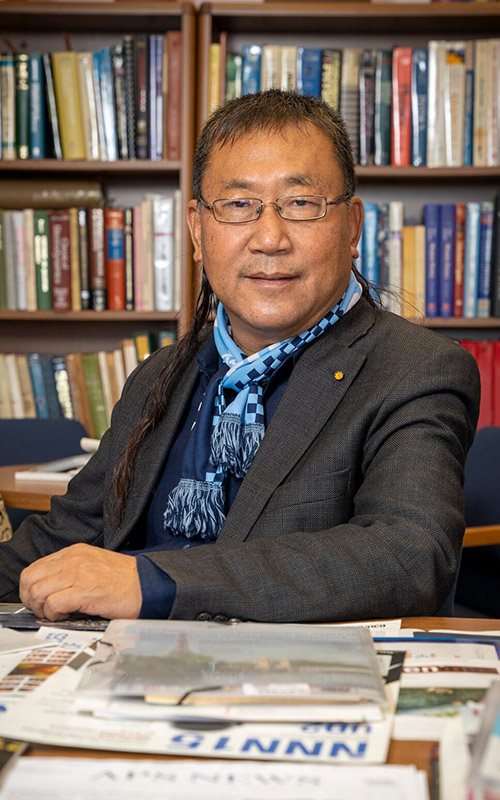 “It is wonderful that professor Chang Kee Jung received the Lilienfeld Prize by the American Physical Society,” said Kajita, also one of the leaders of the Super-Kamiokande collaboration. “For more than 25 years, professor Jung has been contributing significantly to the Super-Kamiokande, K2K and T2K experiments, all of which have been playing crucial roles in the advancement of neutrino physics. I am also pleased to know that his enthusiastic education and public outreach activities are recognized through this prize.”

Since 2003, Jung also created and taught a course, The Physics of Sports, and became a “go to” person for media inquiries on the topics related to the physics of sports. After the 2016 Summer Olympics in Rio de Janeiro, Brazil, he collaborated with Stony Brook alumnus Bedel Saget ’88, graphics/multimedia Editor for The New York Times, for multiple presentations to the university community regarding the physics of sports, in which they used innovative feats of athletes, including Olympic gymnast Simone Biles, as examples.

“A well-deserved congratulations to Chang Kee Jung for receiving the 2022 J.E. Lilienfeld Prize for his outstanding contributions to Physics and exceptional skills in lecturing to diverse audiences,” said Saget, who is also past president of the Stony Brook Alumni Association (2017-19). “As a visual sports journalist at The New York Times, I often have to explain the physics of various athletic performances and professor Chang Kee Jung or C.K. — as he is admiringly referred to by the Stony Brook community — is often one of the first experts I turn to. He’s a great communicator with an innate gift of making difficult things understandable. He’s able to draw relatable references to the most complicated of principles and his thoughtful insights have contributed to making my work more impactful and engaging to our readers.”

“I basically followed through with my life plan, because it was all a philosophical quest to understand the universe better,” he said. “Through my collaborations and research, we have helped others to learn more about the universe; that was my major goal when I became a professor.”

“I love Stony Brook’s many aspects of diversity, especially its socioeconomic diversity, with many first generation students attending college,” he said. “When I teach, I feel I’m making a real connection to students and having a positive influence on them.”

“What a great choice for the Lilienfeld Prize,” said Barry Barish, professor of physics at Caltech and the University of California Riverside, former president of the American Physical Society, recipient of the 2017 Nobel Prize in Physics, and friend and colleague of Professor Jung for more than 30 years. “Whether teaching about the physics of sports or neutrinos, whether climbing or jumping off mountains, whether yodeling or creating music, Chang Kee is extraordinarily passionate about sharing it all with young people.”

Jung received his BS in Physics from Seoul National University, Seoul, Korea, and his PhD in Physics, specializing in Experimental High Energy Physics, from  Indiana University. He is a fellow of the American Association for the Advancement of Science (AAAS) and the American Physical Society (APS). In addition to his numerous shared awards in collaboration with Super-Kamiokande, K2K and T2K, Jung has received the SUNY Chancellor’s Award for Excellence in Scholarship and Creative Activity; an Outstanding Faculty Award from the Department of Physics and Astronomy; the Academy of Teacher-Scholar Award from Stony Brook University; and the College of Arts and Sciences Dean’s Award for Excellence in Graduate Mentoring by a Faculty Member.

College of Arts and Sciences Physics and Astronomy