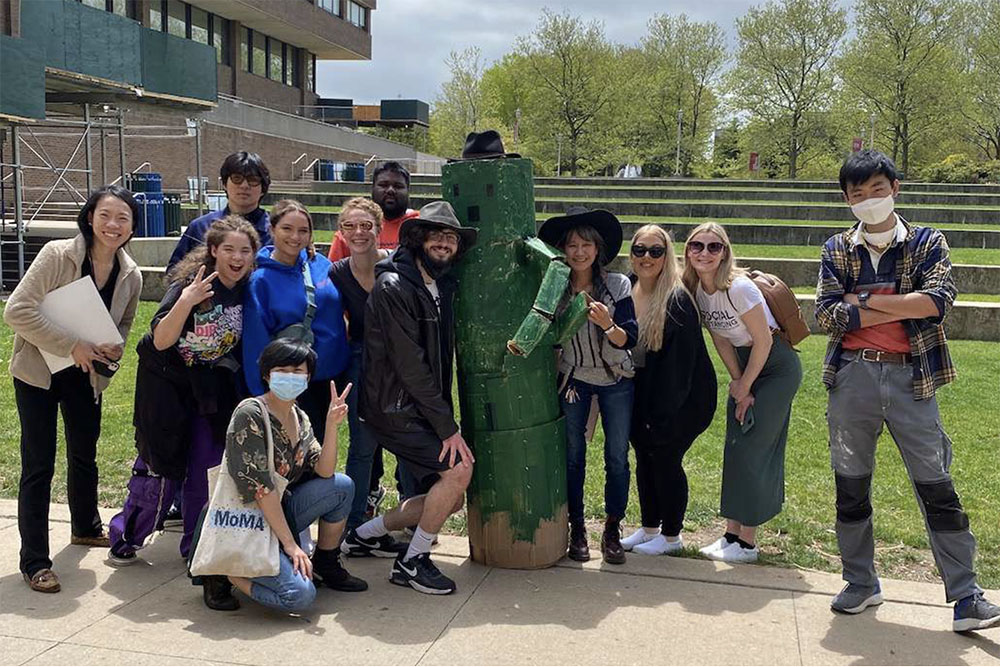 Stony Brook’s West Campus enjoyed a surprise one-day art show on May 13, courtesy of Nobuho Nagasawa’s Advanced Theory and Practice of Sculpture class (ARS 366/466). Nagasawa, a professor in the Department of Art, assigned a final project challenging the class’ ten students to transform ordinary objects into pieces of art, and the result was “Making the Ordinary Extraordinary.”

For the assignment, students were instructed to create a drawing and a small conceptual mockup and then transform it into a sculpture through the following methodology: choose a realistic site on campus that supports and advances the overall message of the project; dramatize the object by leveraging the viewpoint and position from which it will be seen; and build a large-scale sculpture at the site. Students were given two weeks to take the project from concept to creation.

Nagasawa said that site-specific art is created with a particular space in mind versus typical works that can be exhibited anywhere from studios and galleries to museums.

“I wanted the students to create site-specific art highlighting a particular issue that they care about that transforms an environment into an experience,” she said. “Drawing on social issues gives significance to a site and can give such an installation a conceptual framework. This final assignment gave them a chance to explore the issues they care about.”

Following is a gallery highlighting the art projects.