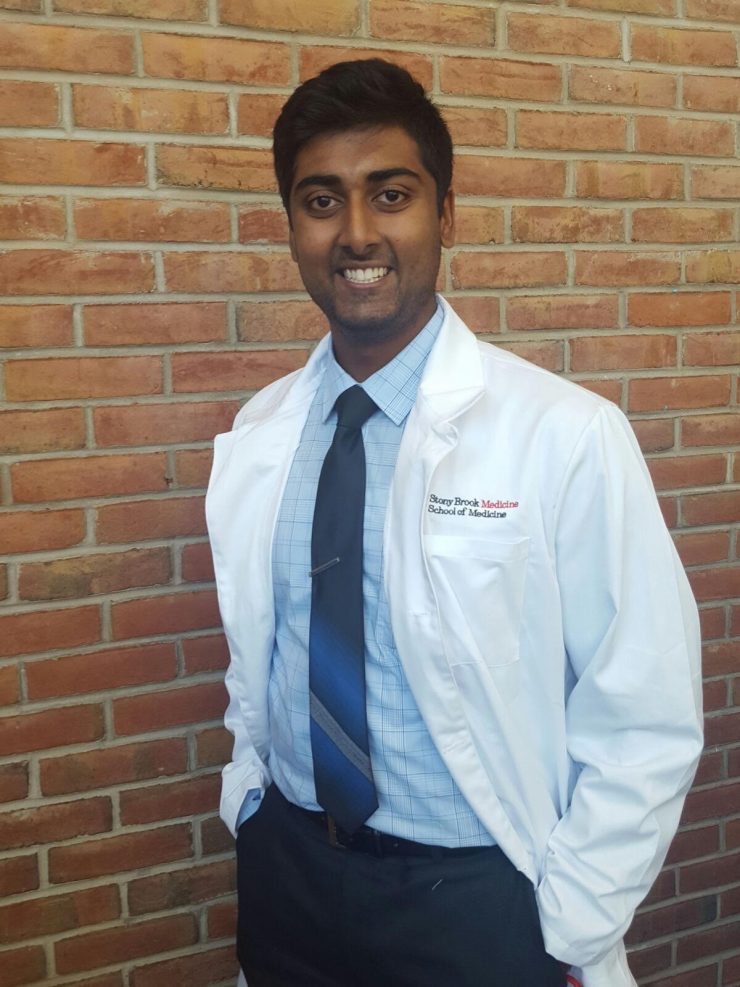 Most students start out their journey thinking it must work out a certain way. The reality is, things rarely go as planned. When this happens, they might become devastated and discouraged, and forget that no one is immune to being confused. As Confucius said, “Our greatest glory is not in never falling, but in rising every time we fall.” There are many examples of this fortitude on the Stony Brook campus, and Anirudh Chandrashekar ’16, ’20 is an outstanding one.

Anirudh’s involvement on campus and the mentors he met along the way have led him to find diverse areas of interest and opportunities. As a Biomedical Engineering major, he became involved with research during his first semester on campus. His research within the Department of Neurobiology and Behavior was focused on understanding how insects perceive their environment and was a continuation of the work that he completed in high school. Over time, he gradually became more interested in the medical sciences and was fascinated by the incorporation of cutting-edge technology in optimizing patient care.

During his sophomore year, he came upon the Department of Vascular Surgery by serendipity where he met advisors such as Dr. Nicos Labropoulos, Dr. Nicholas Sikalas, and Dr. Apostolos Tassiopoulos, who introduced him to the domain of vascular disease and encouraged him to become a thinker. Their passion and excitement fueled Anirudh’s curiosity and his current research, which focuses on understanding a simple and common, but still poorly understood phenomena. Using both animal models and patients, Anirudh investigates how a blood clot or a thrombus affects the environment it is developing within and how these interactions may lead to long-term disease complications.

As a Stony Brook Medicine student, guided by these mentors, he was able to connect with an ongoing study at the University of Oxford that focuses on deciphering why and how the abdominal aorta balloons out in a certain subset of patients leading to increased morbidity and mortality. As one arm of the larger project, Anirudh’s research focused on characterizing the expression of the NLRP3 inflammasome, a widely studied protein complex, within this disease process. When asked what inspired his research, Anirudh stated, “My curiosity was my inspiration as I realized that there are still so many unanswered questions regarding a disease process that was first documented by the Greeks in the Second Century AD.”

Anirudh’s enthusiasm for research and adventure led him to this first independent travel experience to Oxford University, which encouraged him to expand his vision of the world. He explained this experience at Oxford with much pleasure as “a great balance of research, exploration and social life, and opened me to people from all walks of life; it helped me realize that I shouldn’t be blindfolded.”

By the end of the summer the department expressed that his research had the potential to expand into a full length PhD. They encouraged him to apply for the Rhodes scholarship, which is a fully funded program that allows students to study any postgraduate courses, whether it be a master’s program, research degree or a second undergraduate degree at Oxford University. This program takes only 32 students from the US, and Anirudh hoped to be one of them. He first approached his advisors in the medical school and they were extremely supportive. His interest in the scholarship led him to  External Scholarships and Fellowships Advisor Jen Green, who guided him through the application process.

Unfortunately, he had a limited time to prepare his scholarship application, “While other applicants had started preparing years ago, I only had one month. I had to find eight recommendations and write a lot of essays. Jen helped me through the process, and I completed the requirements within the month,” said Anirudh.

Although he did not get the scholarship, he did not allow this setback to discourage him, so he took this turn of events to his advantage. “I had already done the groundwork for other scholarships. I didn’t want my efforts to go to waste; I lacked time for Rhodes, but now I had enough time for other scholarships,” he said. He started looking into the Clarendon Scholarship, a scholarship equivalent to the Fulbright Scholarship in the UK. It is awarded on the basis of outstanding academic merit and potential to about 110 graduate students from around the world to pursue higher education at Oxford. He applied for this opportunity, and the interviews started rolling in. His tenaciousness was rewarded, and he was granted the scholarship.

While Anirudh is clearly an accomplished scholar, it is his commitment to pursuing his dreams that sets him apart. “What I admire most about him is his willingness to take calculated risks. He was fully committed to his proposed experience at Oxford and pursued several means of funding it because the competition level was extremely high. Submitting multiple high-stakes scholarship applications was labor intensive; especially on top of his existing workload as a medical student. However, Anirudh’s efforts clearly paid off and serve as a model for other students seeking to pursue awards of this caliber,” said Green.

Anirudh’s journey might have started alone, but along the way he had advisors who were willing to break him out of his comfort zone and encourage him to have new experiences. “My interactions with them have taught me the importance of continuous scientific inquiry and to never become complacent,” he said. “Dr. Labropoulos in particular, as both a friend and mentor, continues to encourage me to seek out opportunities and succeed. Without his support, I would not have even known of the opportunity to perform research at Oxford University.”

Dr. Labropoulos explained Anirudh’s success, “When I first met Anirudh I challenged him to make him see the world of opportunities. He has done remarkable work, and I am really glad that I was able to help him on his journey to success. It is really amazing to get students to achieve many things often going beyond their expectations and imagination! I have no doubt that one day he will become a great physician and scientist.”

From his involvement on campus as member of the YUVA-Stony Brook’s South Asian A Cappella group to Student Ambassador and working on the inaugural President’s Council of Student Advisors alongside President Stanley’s team, Anirudh has seized every opportunity and remained consistent throughout his journey to success. He is now a fully funded DPhil student at Oxford Medical Sciences Division, and the Clarendon Scholarship will cover his expenses, including tuition and fees and living expenses for four years.

When asked about a piece of advice he would give students that want to follow his footsteps, he suggests students should “surround themselves with mentors who are not afraid to point out your weaknesses and friends who you can grow together with. Focus on your studies and always be open to seeking out new opportunities.” 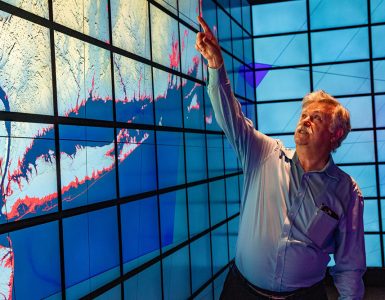