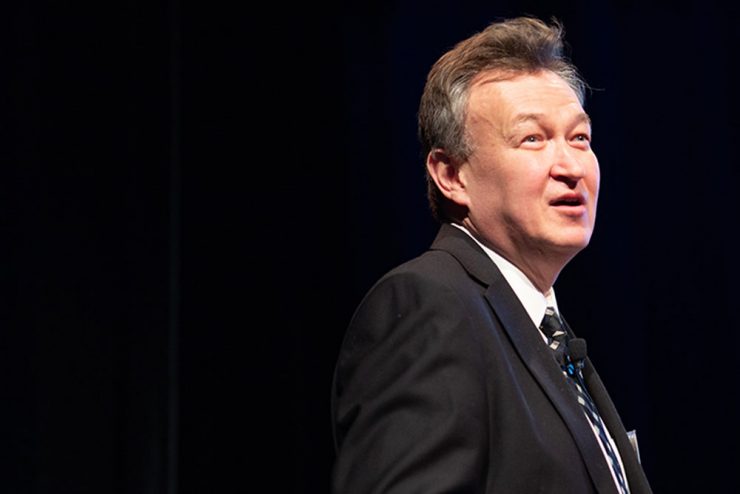 The Lab is managed for the DOE by Brookhaven Science Associates, a partnership between the Research Foundation for the State University of New York on behalf of Stony Brook University and Battelle Memorial Institute.

Brookhaven Lab will lead the Co-design Center for Quantum Advantage (C2QA), which will focus on quantum computing. Comprising several national labs, research centers, universities, and industry, the C2QA team will build the fundamental tools necessary for the United States to create quantum computers that provide a true advantage over their classical counterparts.

“The founding of the Co-design Center for Quantum Advantage (C2QA) establishes Stony Brook University as one of the nation’s leading centers in quantum information, a strategically important and highly competitive area of research worldwide,” said Dmitri Kharzeev, PhD, Distinguished Professor in the Department of Physics and Astronomy at Stony Brook University and Director of the Center for Quantum Materials. “C2QA will incorporate Stony Brook’s quantum science expertise to develop new approaches to quantum computing and quantum technology, as well as educate the next generation of quantum scientists and engineers.”

World-leading experts in QIS, materials science, computer science, and theory will work together to resolve performance issues with today’s quantum computers by simultaneously designing software and hardware (co-design). Their goal is to achieve quantum advantage in computations for high-energy and nuclear physics, chemistry, materials science, condensed matter physics, and other fields. Quantum advantage refers to a quantum computer outperforming a classical computer on a useful task.

Quantum computers have the potential to solve scientific and other kinds of problems that would be practically impossible for traditional supercomputers. However, the current generation—called noisy intermediate-scale quantum—suffers from a high error rate because of noise, faults, and loss of quantum coherence. Quantum bits (qubits), the information-storing elements of quantum computers, are very delicate. Vibrations, temperature changes, electromagnetic waves, and other interactions between qubits and the environment or material defects in qubits can cause quantum decoherence. In quantum decoherence, these errors cause the qubits to lose their information, and the calculation cannot be completed.

“The biggest challenge in the field today is to make quantum computers truly robust and scalable,” said C2QA principal investigator Robert Schoelkopf, Yale Sterling Professor of Applied Physics and director of the Yale Quantum Institute. “By combining materials science, improved devices, and algorithmic innovations, C2QA will develop the science to solve this problem and ensure that the United States leads the way into the era of useful quantum computing.”

Total planned funding for the center is $115 million over five years, with $15 million in Fiscal 2020 dollars and outyear funding contingent on congressional appropriations.