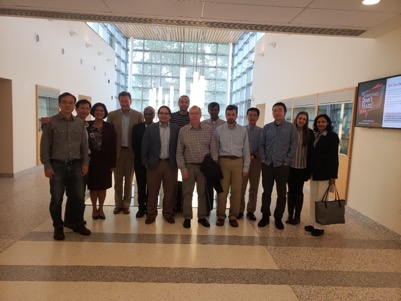 Stony Brook University (SBU) has been awarded a Conceptualization Grant (CG) from the National Science Foundation (NSF) Quantum Leap Challenge Institutes (QLCI) program. The 12-month award provides $149,625 in funding to support the development of a Challenge Institute (CI) proposal to be submitted in the next round of funding, which is aimed at establishing US leadership in Quantum Information Science (QIS).

The development of SBU’s CG proposal was led by Dr. Eden Figueroa, Associate Professor in the Department of Physics and Astronomy, with a joint appointment at Brookhaven National Laboratory (BNL). The CG proposal focused on the expansion of the SBU/BNL research related to quantum communications and networking, with specific emphasis on the development of three research thrusts: quantum algorithms and programming, quantum communication and long distance networking, and quantum materials and devices for quantum computing.

Identified in the CG is a core group of SBU researchers, including faculty members in the Department of Physics and Astronomy (Dr. Tzu-Chieh Wei, Dr. Eden Figueroa and Dr. Dominik Schneble) and the Department of Computer Science (Dr. Omkant Pandey and Dr. C.R. Ramakrishnan) as well as partners at BNL, the University at Buffalo (Dr. Xuedong Hu, Dr. Vasili Perebeinos and Dr. Quanxi Jia) and SUNY Polytechnic Institute (Dr. Spyridon Galis). A large part of the proposal discusses plans to bring in additional partners with expertise in QIS, Quantum Materials and related research areas.

Winning the CG award is significant for SBU because it opens the door to apply for a CI award, which would provide up to $25M in funding over a five-year period. The Office of Proposal Development (OPD) in the Office of the Vice President for Research was instrumental in the development of the CG proposal to the NSF. The partnership between OPD and the CG investigators will continue as the team moves forward with the development of the full proposal. Funded institutes will be comprised of multidisciplinary groups of scientists and engineers with expertise in quantum communication, quantum computation, quantum simulation, and/or quantum sensing and will facilitate the development of research, training and education programs related to one or more of those research areas.

The University at Buffalo (UB) also submitted a successful CG proposal, which focused on quantum materials and devices. Four SBU investigators (Dr. Dmitri Kharzeev, Dr. Xu Du, Dr. Vladimir Korepin and Dr. Mengkun Liu) participated in the UB proposal as co-PIs or Senior Investigators. The research teams at SBU and UB are now merging efforts, using the CG awards to develop a combined New York state QLCI proposal for the next funding cycle. While they will utilize this planning year to refine a research focus, the overall goal is to develop the concept for a quantum center that will serve as the base for research related to distributed quantum systems, quantum devices enhanced by quantum materials, and applications to open science problems.

As part of the CI proposal development process, SBU researchers will host and attend several workshops and conferences during the planning year. The first of these workshops will be held at the University at Buffalo in October 2019. Attendees will have an opportunity to share their research expertise in relation to the proposed quantum research center and refine the merged scientific concept. There will also be time set aside to discuss the nontechnical pieces of the proposal, including plans for the development of a quantum smart workforce.

Key partners for the development and submission of the CI proposal include BNL and potentially Air Force Research Laboratory (AFRL). About half of SBU’s active quantum research awards are joint efforts with BNL, making the national laboratory a natural partner for this next step in the application process. SBU and BNL share more than 100 joint appointments, including a number of QIS and Quantum Materials researchers. The two organizations regularly engage in shared research development activities, many of which are similar to SBU’s plans for workshops and proposal development in the coming year.

Both SBU and UB have close relationships with the two federal laboratories in New York State, BNL and AFRL, as well as quantum researchers at other national laboratories around the country and at academic institutions worldwide. Investigators will now utilize the CG planning year to strengthen industry ties. Plans for an international quantum technology conference in Spring 2020 are already under development and will focus on getting additional industry partners involved in the CI efforts. Targeted partners will include quantum start-ups, with activities related to those of the existing CI team, large organizations whose quantum programs are already well advanced, and network facility providers at the federal, state, and private level. 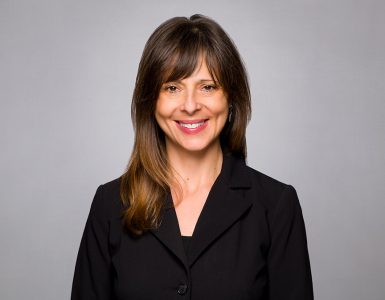 She is a highly accomplished educator and researcher with a strong commitment to service as borne out by her many awards, fellowships and publications.