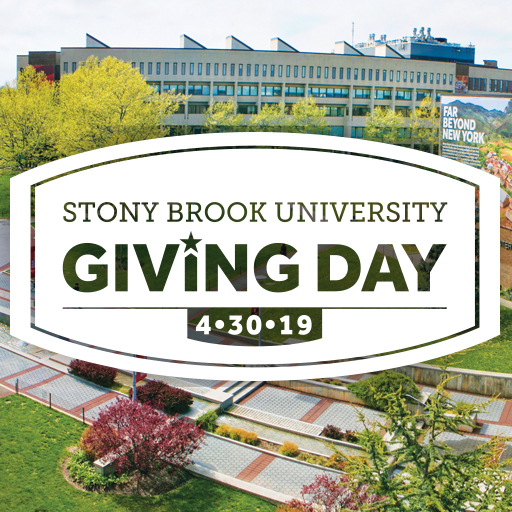 The inaugural Stony Brook University “Giving Day” surpassed all expectations on April 30, as more than 2,200 donors contributed more than $190,000.

“It is gratifying and exciting to see so many people take part in our first annual Giving Day,” said Stony Brook University President Samuel L. Stanley Jr. “We are deeply grateful to staff, faculty, students, alumni and friends for their enthusiastic support.”

Stony Book’s first University-specific day to celebrate philanthropy — an increasingly popular practice among its peer institutions — began with an initial goal of 1,000 donors in 24 hours. The enthusiastic response was more than equal to the challenge, as the goal of 1,000 donors was met before 10:30 am. Seizing the moment, a new goal of 1,957 donors — commemorating the University’s founding year, 1957 — was established. The new goal was surpassed in less than 12 hours.

By the end of the 24-hour period, 2,231 donors had made Giving Day gifts to support initiatives and programs at Stony Brook University.

This record number of donors in one day far exceeds anything experienced by the University in its 62-year history and illustrates the growing culture of philanthropy at Stony Brook University.

Gifts came from donors in 11 countries and 37 states, spanning time zones from Japan to Alaska.

“Surpassing our goal is a milestone for Stony Brook University,” said Dexter A. Bailey Jr., Senior Vice President for University Advancement. “Enhancing our culture of philanthropy has been an ongoing priority and the success of Giving Day takes us to a new level. Thank you to everyone who participated in Giving Day, and to all our campus partners who helped to ensure its success.”