For Andrew Lee ’16, Research was a Bridge Between Cultures 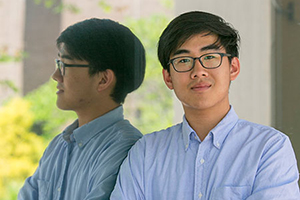 “I can’t really imagine my four years at SB without research,” reflects Andrew Seunghyun Lee. “I spent most of my time doing research. And the only reason I did was because I really loved it. Around sophomore year, I was so involved with research that I knew that this was something that I could do for the rest of my life. I just love it.”

Andrew will graduate with a B.S. (Honors) in Psychology in August 2016. While at SB, he has been active in 3 different research groups in Psychology, including those of Dr. Hoi-Chung Leung, Dr. Brenda Anderson, and Dr. Patricia Whitaker-Azmitia. This summer, Andrew received a URECA-Biology Alumni Research award to support his continuing honors thesis work in Psychology with Dr. Whitaker on the “Investigation of S100B-mediated Neuroinflammation in Autism Spectrum Disorder: An Animal Model of Developmental Hyperserotonemia.”

His thesis research was also supported with a seed grant from the Association for Psychological Sciences. Since May of 2015, Andrew has been working as an intern/guest scientist with the group of Dr. Henry Evrard at the Max Planck Institute for Biological Cybernetics and Center for Integrative Neuroscience in Tűbingen Germany on “Retrograde and anterograde analysis of prefronto-insular connections in the Macaque monkey.”

Andrew was previously a summer fellow at the National Institutes of Health Laboratory of Neuropsychology where he worked in summer 2014 with Dr. Bruno Averbeck and Dr. Eunjeong Lee on “Reinforcement learning in sequential oculomotor task in macaque monkeys.” He has presented multiple posters at the URECA Celebration (2014-2016); and the Society for Neuroscience national meetings (2014-2015), for which he has received support from URECA travel grants.

From November 2014 to May 2015, Andrew served as Vice President for Neuroscience Axis, a student club that promotes interest in neuroscience. Andrew’s future plans include further immersion in research at the University of Maryland School of Medicine working with Dr. Margaret McCarthy to study sex differences in brain development and social behavior. He plans to pursue a PhD in Neuroscience.

Andrew was born in Colorado. At an early age he moved to Korea where he completed his elementary and high school education before coming back to the US to attend Stony Brook University. He had no previous research experience, prior to joining the research group of Dr. Hoi Chung Leung in his freshman year.

“I think it was the whole cultural experience of seeing how labs work in another country that was the most meaningful to me,” Andrew said.

“I was kind of lost in the beginning. I was working on a topic that I had never really studied.  In that process of figuring things out though, you just learn how to become more independent. That was my biggest gain in terms of academic growth.” 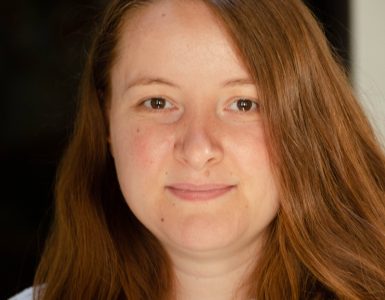