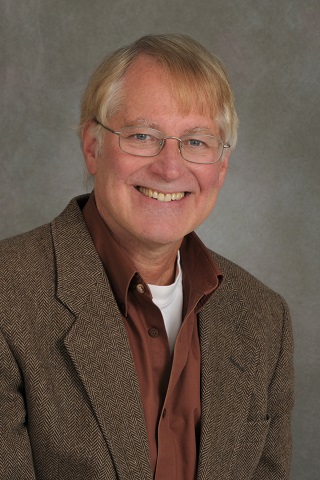 Distinguished Professor of Chemistry Ken A. Dill, Director of the Laufer Center for Physical and Quantitative Biology at Stony Brook University, has been awarded the 2019 Raymond and Beverly Sackler International Prize in Biophysics for his research in the field of Physical Principles of Biological Systems. Dill is Louis & Beatrice Laufer Endowed Chair in Physical and Quantitative Biology.

Professor Dill played a pivotal role in the application of physical principles to the problem of protein folding — how a linear sequence of chained amino acids spontaneously collapses into a well-defined three-dimensional structure. He was among the very first to recognize the relevance of concepts from the statistical physics of polymer chains to protein structure, and to adapt these concepts to the transition of proteins from the denatured to the folded state. Dill established the dominance of the hydrophobic effect — the tendency of poorly soluble amino acid groups to minimize contact with the aqueous surroundings — in determining the secondary and tertiary structures of proteins. He demonstrated how proteins, rather than blindly sampling their vast number of spatial configurations, slide down a rugged, yet hierarchical, configurational landscape — a free-energy “funnel” — toward a well-defined free energy minimum corresponding to the folded state, thus accounting for the then-paradoxically fast kinetics of protein folding. These achievements became cornerstones in the understanding of protein structure and folding.

“I am deeply honored; this award is a tribute to many outstanding students and co-workers and colleagues at Stony Brook and beyond,” Dill said. “I am especially gratified by the emphasis of this award on physical principles in biology, and the light that it shines on the importance of very basic research.”

The Raymond and Beverly Sackler International Prizes were established through the generosity of Dr. Raymond and Mrs. Beverly Sackler, visionary patrons of the sciences at Tel Aviv University. The Sackler Prizes are intended to promote originality and excellence of research in the field of biophysics, chemistry and physics.

Professor Dill and his wife, Jolanda Schreurs, will attend the award ceremony in Tel Aviv in June.