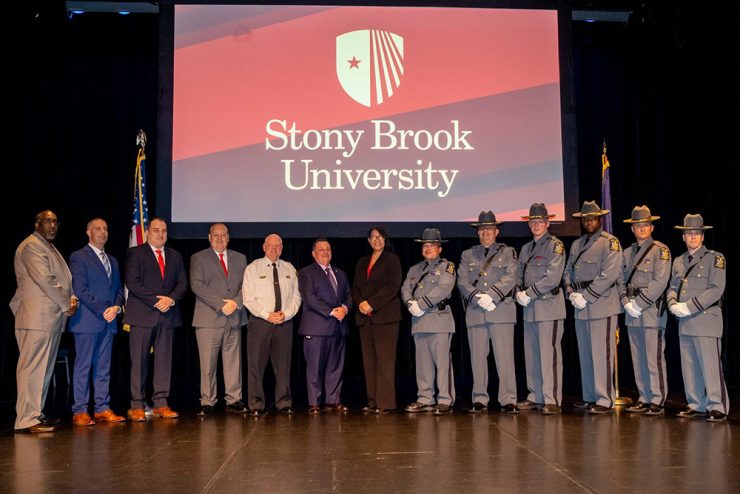 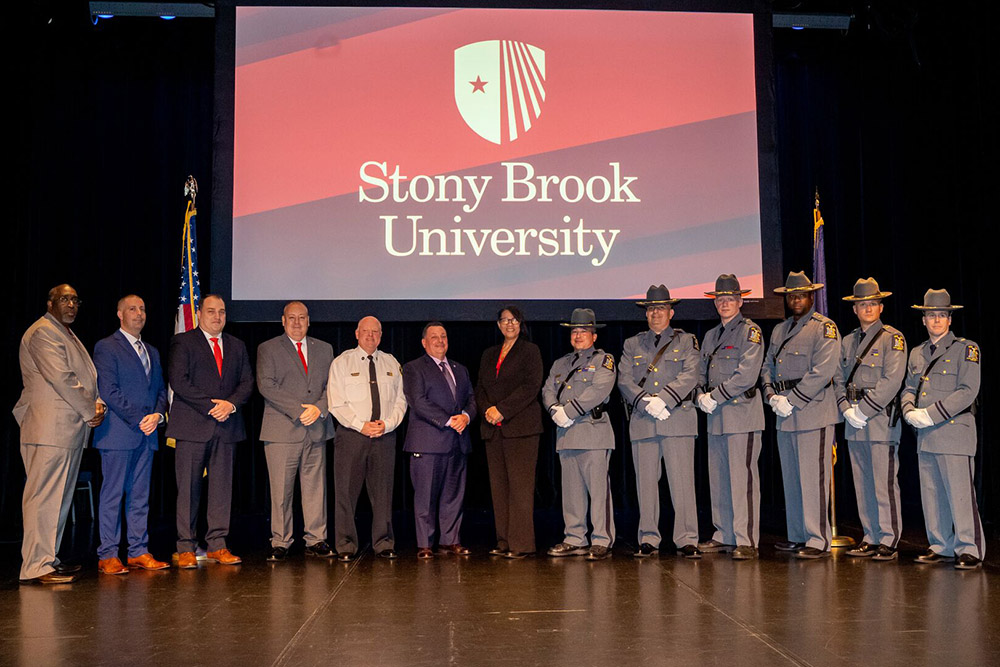 The Stony Brook University Police Department held a promotion ceremony October 27 at the Charles B. Wang Center Theater, honoring 16 members who have been promoted over the last two years.

Vice President for Enterprise Risk Management and Chief Security Officer Lawrence Zacarese credited university leadership for supporting an unprecedented reorganization and expansion of the department, which led to the hiring of several of those honored at the ceremony. The department was unable to host a promotion ceremony because of COVID restrictions.

“I am delighted that we can join today to recognize the outstanding achievements of many of our people, having been previously unable to do so,” Zacarese said.

Stony Brook University President Maurie McInnis noted that the department is “highly regarded within the SUNY system,” and was one of the first to achieve New York State accreditation in 2010.

“This commitment to industry best practices and adherence to professional standards is a testament to the department’s commitment to providing the highest quality public safety and police services to our campus community,” McInnis said. “All of the honorees being recognized today, as well as many others in this room, play a crucial role in fostering an inclusive environment that is welcoming and safe for all.”

Senior Vice President for Finance and Administration Jed Shivers called the honorees “pillars of campus community policing,” and credited them with “making Stony Brook the place it needs to be.”