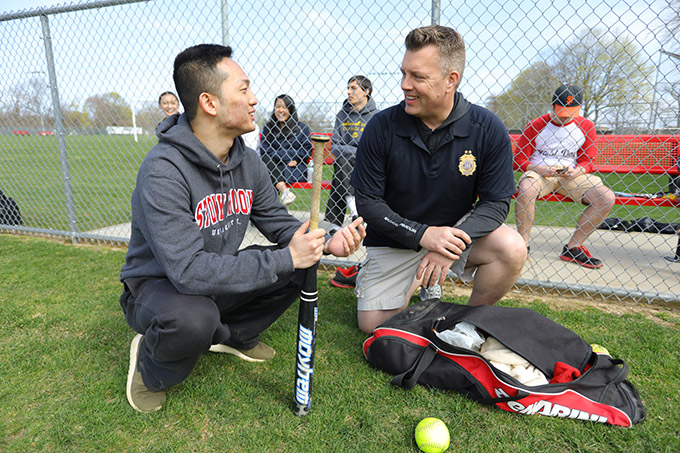 Students joined forces with the University Police Department (UPD) on April 19 to fight false perceptions of cops on campus through healthy competition and hearty barbecue.

The event, Field Day with UPD, builds on a Stony Brook tradition that started three semesters ago, when the Undergraduate Student Government (USG) pitched an idea to build a more positive relationship between students and police amid national news involving police and the use of lethal force.

“This is an effort for students to meet our officers as individuals outside of their enforcement duties in non-negative situations,” Assistant Chief of Police Eric Olsen said. “It’s very important that we interact with students in the most positive way possible, so we can reach our goal of creating a better relationship between our cops and the campus community.”

While UPD swept the students 3-0 in flag football, the students redeemed themselves with an epic tug-of-war win. More than 400 students and 20 UPD officers attended and enjoyed the activities, which also included softball, kickball and ultimate frisbee.

“UPD is all about engaging our community, building healthy relationships and interacting with students,” USG President Cole Lee ‘17 said. “This event stemmed from a USG idea, but UPD were the ones who took the initiative to help us make it happen.”

Lee, a political science major, knows the value of community building events like Field Day with UPD, and the important role police play in our society.

“Police officers are brave men and women who have devoted their lives to serving and protecting us,” USG President Cole Lee said. “The profound rift between police and the public as a result of recent events is heartbreaking, and fundamentally goes against how our society should function.”

Along with other efforts like deploying body-worn cameras, hosting police officers from other SUNY colleges for fair and impartial policing training, and attending a White House briefing on “Advancing 21st Century Policing,” UPD are dedicated to not only serve and protect the campus community, but to build a symbiotic, trustful partnership with students.

Awesome day on the athletic fields! Big thanks to @SBUSG and @SBUCampusRec for putting together FIELD DAY with UPD. Let’s do it again soon! pic.twitter.com/9jx7FlgZ4x 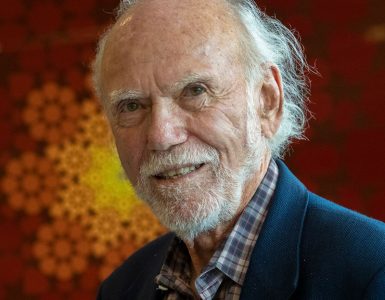