In 2020 the University Council — Stony Brook’s group of senior academic and administrative leaders — has reached gender equity with a 50/50 gender split between women and men. This is a milestone that the University has been striving for as part of its commitment to the United Nations’ #HeForShe initiative.

“As a HeForShe 10x10x10 IMPACT Champion, we made a commitment to seek lasting change. Gender equity is everyone’s responsibility, and at Stony Brook that commitment starts at the top,” said Judith Greiman, Chief Deputy to the President and
Senior Vice President for Government and Community Relations.

Since its launch at the United Nations in 2014, #HeForShe is a global effort to engage men and boys in removing the social and cultural barriers that prevent women and girls from achieving their potential. The initiative invites men and boys to build on the work of the women’s movement as equal partners in the crafting and implementation of a shared vision of gender equality that will benefit all of humanity. The IMPACT 10x10x10 initiative began in 2015 and engages key decision makers in governments, corporations and universities around the world to drive change from the top. As an IMPACT Champion, Stony Brook has made gender equality an institutional priority by implementing the HeForShe IMPACT framework and developing commitments to advance and achieve gender equality for all. 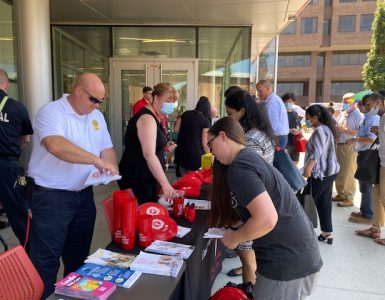 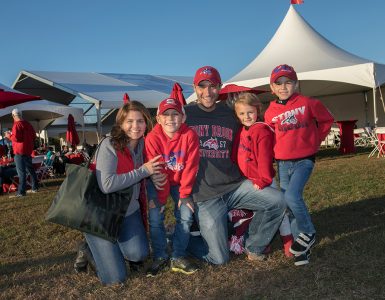