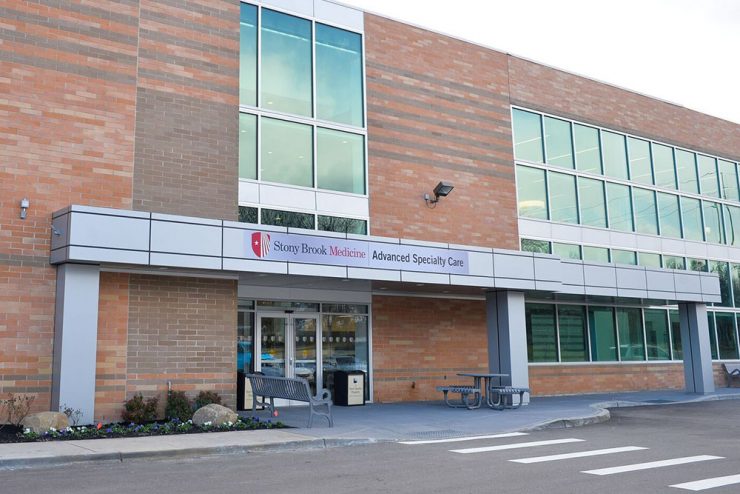 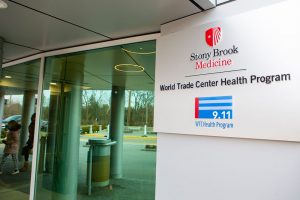 September 11 marks 20 years since the terrorist attacks that signify one of America’s darkest days. Since before the tragedy’s toxic dust settled, the Stony Brook World Trade Center (WTC) Health and Wellness Program has been helping make the ensuing days less dark for the survivors.

Two decades later, what started as a grassroots effort with a handful of passionate volunteers has grown into an interdisciplinary, multi-professional and multi-departmental program with federal support.

Initiated shortly after 9/11, the program now follows more than 12,000 9/11 responders — including police officers, paramedics, construction workers and other volunteers — providing free medical services for those eligible.

“There was a tremendous response to the attack in the days and weeks that followed,” said Benjamin Luft, director and principal investigator of the WTC Wellness Program. “Thousands of people went down to the site to help with the rescue and recovery efforts.”

Luft said that while everyone knows the story of the first responders, there was also a significant number of citizen and non-professional responders.

“About 40 percent of the responders were construction workers, food workers and others who had gone to the site to see what they could do,” said Luft. “Months later, when we were finally allowed to go to the site, it was obvious that there was going to be a lot of disease. There was a tremendous amount of physical trauma, but there were also a lot of chemicals in the air. There were fires that were going on literally for months, burning all sorts of plastic and computer components that were in the building. The glass had been pulverized as well as the concrete. We knew immediately that all these things were going to lead to a wide range of health issues.”

At the time, Luft was chair of Stony Brook’s Department of Medicine and had a relationship with local labor leaders on Long Island. Together they worked to open a small clinic on the Stony Brook campus dedicated to treating survivors and first responders, staffed mostly by volunteers without funding or support.

At first the volume was small, but funding was secured from the Red Cross and other foundations. In 2011, just before the 10-year anniversary of the 9/11 attacks, new federal funding enabled Stony Brook University Hospital to both support the existent clinical center of excellence in Islandia, NY, and establish two satellite locations, one based at Winthrop University Hospital in Mineola, and a second based at SUNY Downstate Medical Center for the underserved population in Brooklyn. In April 2017, the WTC Program received a transformational five-year federal grant totaling more than $60 million awarded by the Centers for Disease Control (CDC) and Prevention’s National Institute for Occupational Safety and Health (NIOSH). Later that year, the WTC Health Program Long Island Clinical Center of Excellence opened in Commack.

About 85 percent of the patients come back every year, receiving a full examination that includes physical, psychological and psychiatric evaluations. The vast majority of patients are treated for medical problems including respiratory issues, gastrointestinal issues and a very large number of cancers. Others struggle with PTSD or depression.

The program’s team takes care of all of that and looks for new health concerns that may arise as a result of exposure. In fact, the program — with a staff of 120 people, including clerks, physicians, social workers, psychologists, nurses, nutritionists, pharmacists and more — has been a leader in identifying exposures at the World Trade Center site associated with the development of cognitive problems and early dementia.

“And behind that we have a very active research program,” Luft added. “All of these diverse specialists have come together to try to understand what happens to this population.”

An oral history was also established, with audio and video recordings of the center’s patients. The stories were so extraordinary that they became part of Remembering 911, an oral history project produced by Luft that aired on PBS on the 10th anniversary of 9/11 and was eventually archived in the Library of Congress.

Today the WTC program is stronger than ever, and taking on challenges that could not have been foreseen two decades ago.

“We’re doing a huge amount of work on the cognitive impairment that is occurring in this population that is something we’re very worried about,” said Luft. “We don’t know what the extent of the problem is going to be and how pervasive it’s going to be. But we see patients who are around 55 have cognitive abilities of a 65-year-old. That 10-year acceleration is something we’re very concerned about.”

While the team is also very concerned with the cancers that patients continue to develop, Luft focuses on taking a more holistic approach.

“All we want is to really understand this population and provide the best care we can, and I know these patients are very appreciative of that,” he said. “We’re extraordinarily grateful and respectful of the population that we serve, and that has lifted us.”