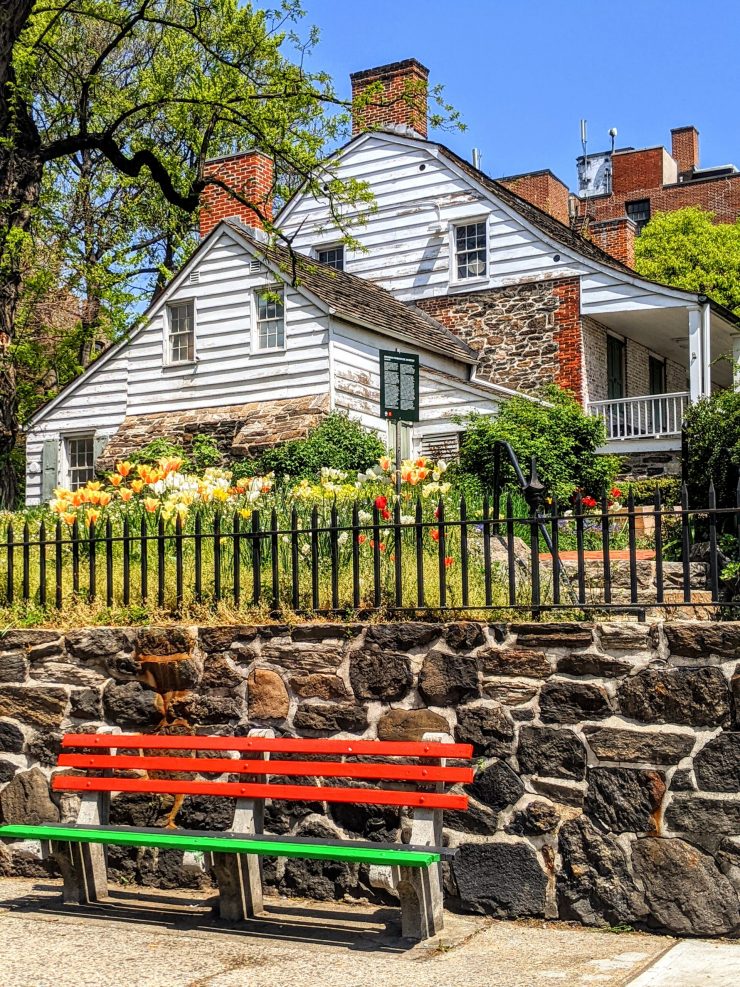 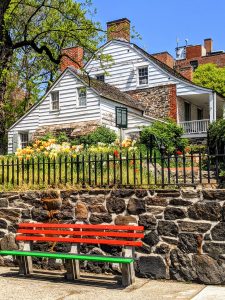 The National Endowment for the Humanities (NEH) recently announced $31.6 million for 226 humanities projects nationwide, including one for the Dyckman Farmhouse Museum in Manhattan, on behalf of a proposal co-written by Richard Tomczak, Stony Brook University’s director of Faculty Engagement.

The project, funded by $160,000 from the NEH Public Humanities Projects program, will include five panel discussions in year one, and three bilingual community dialogues in year two.

The two-year in-person discussion series, entitled “Dyckman Discussions: ‘A More Perfect Union’ in Inwood,” will begin by exploring topics in New York history, such as forced removal of indigenous people, Dutch colonization, enslaved labor and immigration. These panel discussions will lay a foundation for a three-part series of community dialogues in the second year. The community dialogues will build on the humanities-focused discussions from the previous year, and tackle the histories that lay the groundwork for and are relevant to today’s social and political climate. By centering the discussions around New York City and Inwood, they aim to inspire the neighborhood to see commonalities — a “more perfect union” — between themselves and their neighbors, creating a more unified community.

Stony Brook faculty, such as Jennifer Anderson, associate professor, history, will participate in the panel discussions on slavery in New York. Moreover, Richard Tomczak will also host an undergraduate internship course through the Department of History in the College of Arts and Sciences, and the Latin America and Caribbean Studies Center, that will offer students the opportunity to learn grants management. Prospective students interested in enrolling in this internship can email richard.tomczak@stonybrook.edu.

“The NEH award is the first step in the right direction to build a more inclusive history of New York, and it really is a re-imagination of how historic houses can engage the community,” Tomczak said.

The Dyckman Farmhouse Museum is the last farmhouse in Manhattan and can be found sitting high above the corner of Broadway at 204th Street in Inwood. The Dutch Colonial style farmhouse was built around 1784 and was home to the Dyckman family for almost a century. It opened as a museum in 1916 and continues to serve the community in a half-acre park.

Tomczak said the partnership with the Dyckman Farmhouse started as a result of a grant it received from the New York Community Trust to reinterpret the museum’s history. Tomczak joined as a research assistant for that initiative, entitled Dyckman Discovered, to investigate the enslaved individuals who worked for the family and lived on the property during the 18th and 19th centuries.

Tomczak added that the partnership has also benefited Stony Brook students; staff from the Dyckman Farmhouse have come to his graduate course on Slavery in the Atlantic World, and the documents that were analyzed for Dyckman Discovered are workshopped by undergraduate history students.

Tomczak received his PhD in history at Stony Brook and previously worked in the Office of Proposal Development and Stony Brook Research. He has several peer-reviewed publications, including an article on corvée labor in the American Revolution, published in the Journal of Colonial History & Colonialism by Johns Hopkins University Press. His most recent article on French Canadian corvée mutiny was nominated for the 2021 Article Prize by the Canadian Committee on Labor History.

Created in 1965 as an independent federal agency, the NEH supports research and learning in history, literature, philosophy and other areas of the humanities by funding selected, peer-reviewed proposals from around the nation. Additional information about the NEH and its grant programs is available at www.neh.gov.

College of Arts and Sciences History National Endowment for the Humanities