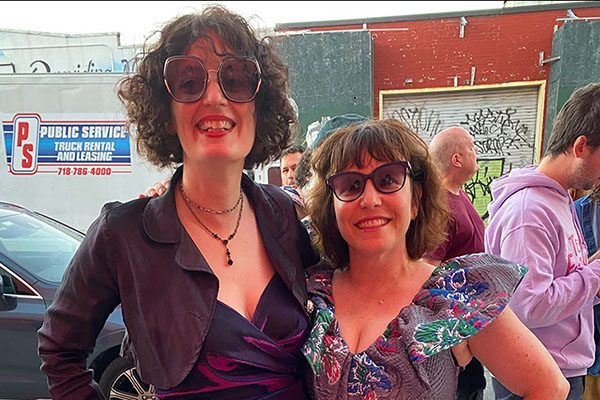 Teenage Euthanasia, an animated series on Adult Swim produced by two thesis students from the MFA in Film program, was recently named by Time magazine as one of the five best new television shows for September 2021.

Produced by Lisa M. Thomas and associate produced by Parker Cowden, the show is about a partially undead family that owns a Florida funeral home, created by author and Made for Love creator Alissa Nutting and At Home With Amy Sedaris executive producer Alyson Levy.

Time said the show may sound like an 80s hardcore band, but there’s much more to it, featuring “first-rate talent,” a “macabre, female-grotesque sensibility and a punkish, candy-colored visual style.”

“The darker-than-black-velvet comedy’s eponymous hero, Euthanasia ‘Annie’ Fantasy (voiced by Jo Firestone), is an awkward high schooler who lives with her immigrant grandmother Baba (Bebe Neuwirth doing a Natasha Fatale accent) and slacker Uncle Pete (Tim Robinson, of I Think You Should Leave fame) because her mother Trophy (Maria Bamford) abandoned her as a teen mom.”

Thomas directed the long-form music video “Candy Store” for The Dust Bowl Faeries, which won a Munich Music Video Award earlier this year. Thomas was a supervising producer and Cowden an associate producer on the Netflix animated series Headspace Guide to Meditation, which premiered in January.