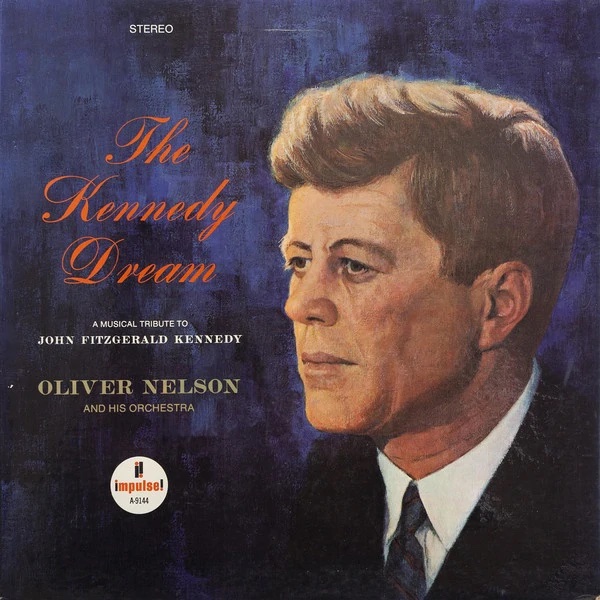 American composer and arranger Oliver Nelson recorded The Kennedy Dream: A Musical Tribute to John Fitzgerald Kennedy 55 years ago, drawing his inspiration from the universality of JFK’s legacy and his belief that our freedom, comparative wealth, scientific advancement and problems are all products of the creativeness of the individual. Nelson’s 1967 work will be both reproduced and expanded upon as a special series of concerts called The Kennedy Dream Project 2022, performed by Stony Brook University jazz faculty Ray Anderson and Thomas Manuel, and Nelson’s son, Indiana University’s Oliver Nelson Jr..

The project features new compositions by Anderson, Manuel and Nelson Jr., as well as by Grammy-nominated Dan Pugach, Steven Salerno and Jeff Lederer. These musical statements speak to the struggles of the current time, be it the COVID pandemic, equality, equity, advocacy for the arts and artists, as well as other themes. Stony Brook University’s Judi Brown Clarke, vice president for equity & inclusion and chief diversity officer; Ric McClendon, assistant vice president and dean of students; and Peter Thorne, chief university media relations officer, will narrate the words of John Kennedy, Billy Strayhorn, John Lewis and others.

“This project is an attempt of all the artists involved to emphasize and bring to the world’s attention the really important themes, subjects and ideals which Kennedy championed; challenges which confronted mankind in the 1960s, and challenges which, some, sadly still confront us today,” said Manuel, who is also founder of the Jazz Loft in Stony Brook Village. “The motivation and purpose of the addition of these new compositions is to again emphasize that the conversation in jazz, the conversation begun by Oliver Nelson in 1967, is far from finished.”

“The Staller Center is honored and delighted to be collaborating with Tom Manuel and the Jazz Loft in hosting this exciting project in our hall,” said Staller Center Director Alan Inkles. “The Jazz Loft continues to be an ever-growing important musical addition to our community and region; exploring all areas of jazz and more. This project is a perfect addition to a season at Staller that has embraced the times and issues we are facing in the world today. Art needs to be entertaining, sometimes challenging and always relevant. The Dream Project embraces all of these and is a perfect continuation of the exciting work being done at The Jazz Loft.”

“I am both honored and excited to be a part of the Kennedy Dream Project,” said Oliver Nelson, Jr. “My dad saw in President Kennedy a man with a vision of what America could be. Kennedy’s tragic death had a profound impact on him personally and musically. I was at the original recording session and remember the creative energy that was exhibited by all the musicians. The Kennedy Dream Project helps to keep the legacy alive of both President John F. Kennedy, and the prolific composer, arranger, and saxophonist Oliver Nelson.”

Nelson will also give a workshop with Stony Brook jazz students on campus Friday, March 25.