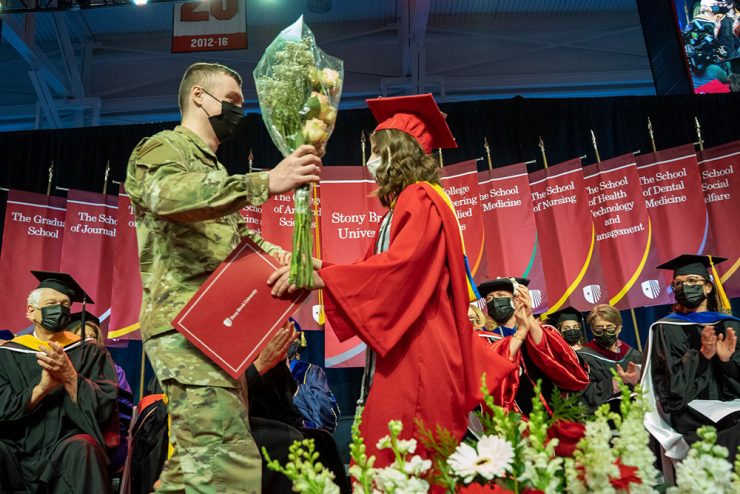 Alyssa O’Hara was surrounded by fellow Stony Brook University graduates as she took part in the December Commencement ceremony December 17 at Island Federal Arena, but it was a surprise attendee who made the day exponentially more special.

Alyssa’s husband, Justin O’Hara, a senior airman in the U.S. Air Force, surprised his wife by appearing at the ceremony. He was on stage as she received her diploma — she graduated with a degree in mathematics — and handed her a bouquet of flowers as they embraced to loud applause from the audience.

Justin has served in Alaska the last three years and while they spoke every day, they last saw each other in August, prior to the start of the fall semester.

Nearly 1,700 degrees were conferred at the ceremony, the 24th annual December Commencement for the university. The December graduates joined more than 200,000 Stony Brook alumni around the world. 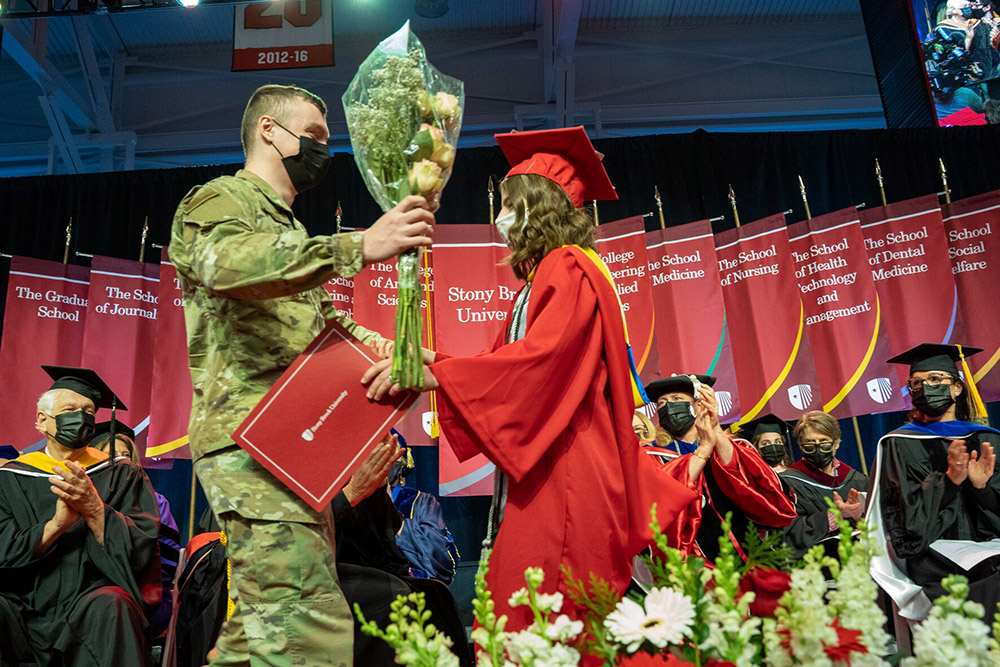