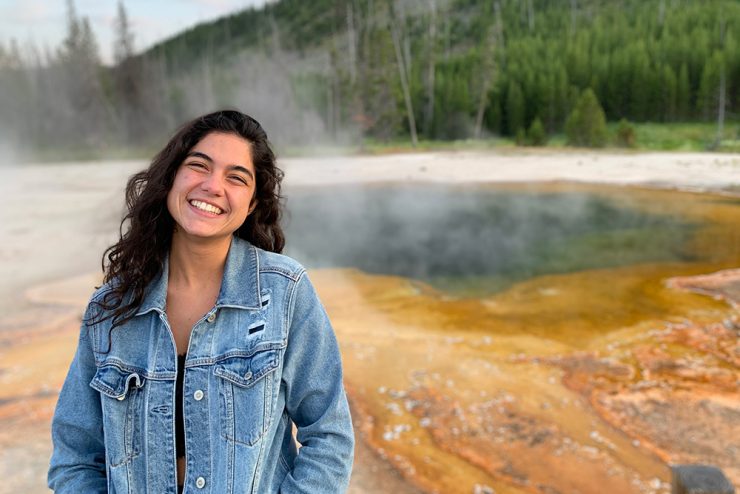 Marcela Muricy ‘23 grew up in Brazil, is fluent in Portuguese and proud of her heritage.

But there is another language the University Scholar is trying to master. Speaking STEM is an organization she co-founded at Stony Brook University with her best friend, Joshua Gershenson, a biology major and professional writing minor, in Spring 2021.

“We are incredibly passionate about biology and — at times — find ourselves frustrated with how many misconceptions become widespread, instilling fear, doubt, and disbelief in people,” said Muricy. “A major example of this is global warming; the age of misinformation preys on those who doubt what can very well be the end of the world.”

Muricy is a dual major in biology and women’s gender and sexuality studies and is driven to communicate her knowledge to the general public whether it is about COVID, climate change or gynecology. She is currently on the pre-med track with the long-term goal of establishing her own gynecology clinic and doing intensive research in the field of OB-GYN.

“I would also love to educate more people regarding gynecology, because I feel like there is a major lack of reliable information available to those who need it,” she said.

But her main thrust for now remains addressing the misinformation associated with quelling the spread of the COVID-19 virus and climate change.

“The rumors of certain medications being effective in combating the virus was a dangerous game,” Muricy said. “We believe the responsibility for this falls on both [political] parties, the people who must take the time to learn and also the scientists, biologists and doctors who must move cautiously with their words. There is power in the lasting effect they may have.” 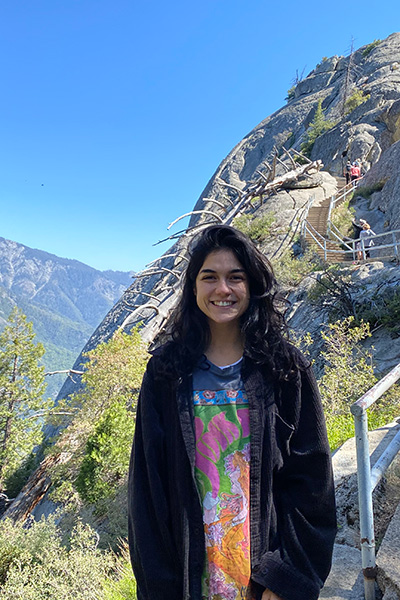 The organization’s stated main goal is to emphasize the importance of rhetoric in the world, in educating others about important topics that need to be discussed.

Members will analyze rhetoric and writing and speaking styles, dissecting specific examples. Muricy is planning a presentation by someone from the writing department, and climate expert Joseph Romm’s book, Language Intelligence, will serve as a study text.

“Romm’s book is a key piece to recognizing how, in a struggle for power, the person with stronger and more clever rhetoric will win, regardless of the stance they are taking,” assessed Muricy. “This is important in cases like climate change and COVID because of those who are attempting to control the narrative and sway bias using rhetorical strategies.”

Muricy believes that learning how to communicate STEM topics will help students when they leave academia as much as it will help ensure that key legislation gets passed, because the general public will be made aware of critical issues.

“The topics STEM majors know best should not be unattainable by the public majority, but well within reach if they are addressed appropriately,” she contends. “This entails not only speaking STEM, but speaking it in a language others can understand, digest, and analyze. This will help the students once they’ve graduated and need to depend on their use of rhetoric in their professions, a practice not currently emphasized enough.”

“Rhetoric is important at home, at work, and in battle,” Muricy continued. “It is a bridge as much as it can be a blockade. The result will be better science-driven legislation. Rhetoric used by well-educated individuals will be the ticket to a more grounded and logical country.”

Muricy is an editor and contributing writer of Brooklogue, a sociology journal founded by Stony Brook student Sophia Garbarino (a double major in sociology, women’s gender and sexuality studies) which students can use as a platform to discuss their ideas concerning important racial, ethnic, and cultural issues. She has, for now, the perfect vehicle with which to educate and communicate.