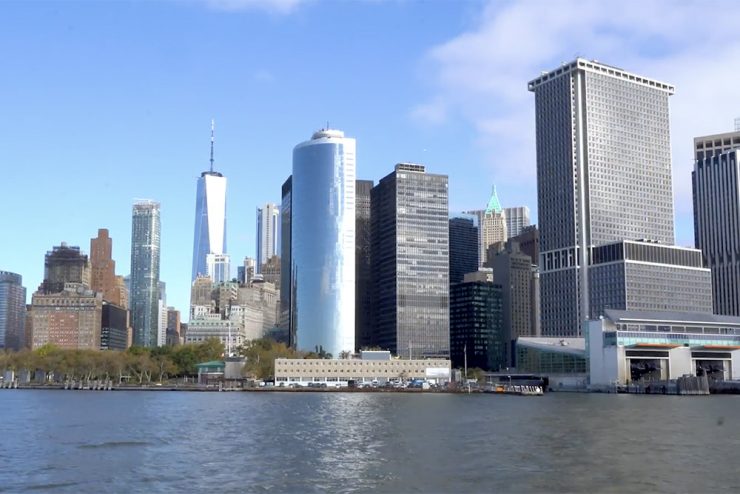 Nine years after Superstorm Sandy devastated the coastal areas of New York City, Long Island and New Jersey, the New York-New Jersey Storm Surge Working Group hosted a cruise of New York Harbor on October 28 to discuss the many unmet challenges posed by climate change, while pointing out that — despite the destruction that Sandy and subsequent storms have had on our area — very little coastal protection measures have been implemented.

The working group was founded at Stony Brook University by Malcolm Bowman, distinguished service professor of coastal ocean and estuarine dynamics at the School of Marine and Atmospheric Sciences (SoMAS). Bowman is chair of the working group, which continues to push for storm surge barriers to protect the New York area.

“Our goal is to try and get the leaders of this city, the state, and even the nation, and really take this concept of regional protection seriously because everybody thinks they have their own solutions,” Bowman said.

The working group, which last hosted a harbor tour for media and other interested parties two years ago, has proposed that serious consideration be given to building a barrier system to protect the New York City area. One barrier would stretch from Sandy Hook, NJ, to Breezy Point in Far Rockaway, NY. A second could be built across the upper East River to prevent surges originating in Long Island Sound from propagating through the East River into the harbor. Storm surge barriers are giant floodgates that lie flat on the sea floor or retracted at harbor entrances, river mouths or coastal inlets.