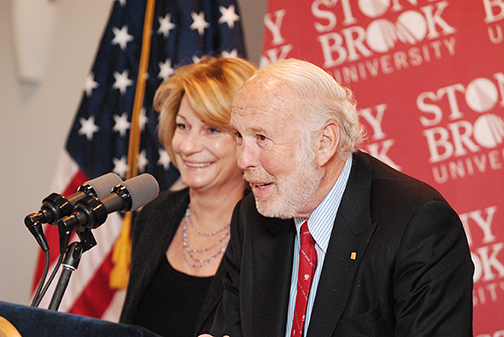 Celebrating the most successful fundraising effort in SUNY history, Stony Brook University has announced the conclusion of The Campaign for Stony Brook, a seven-year effort that raised $630.7 million from 47,961 friends, alumni, foundations and corporations, exceeding the $600 million goal by five percent. 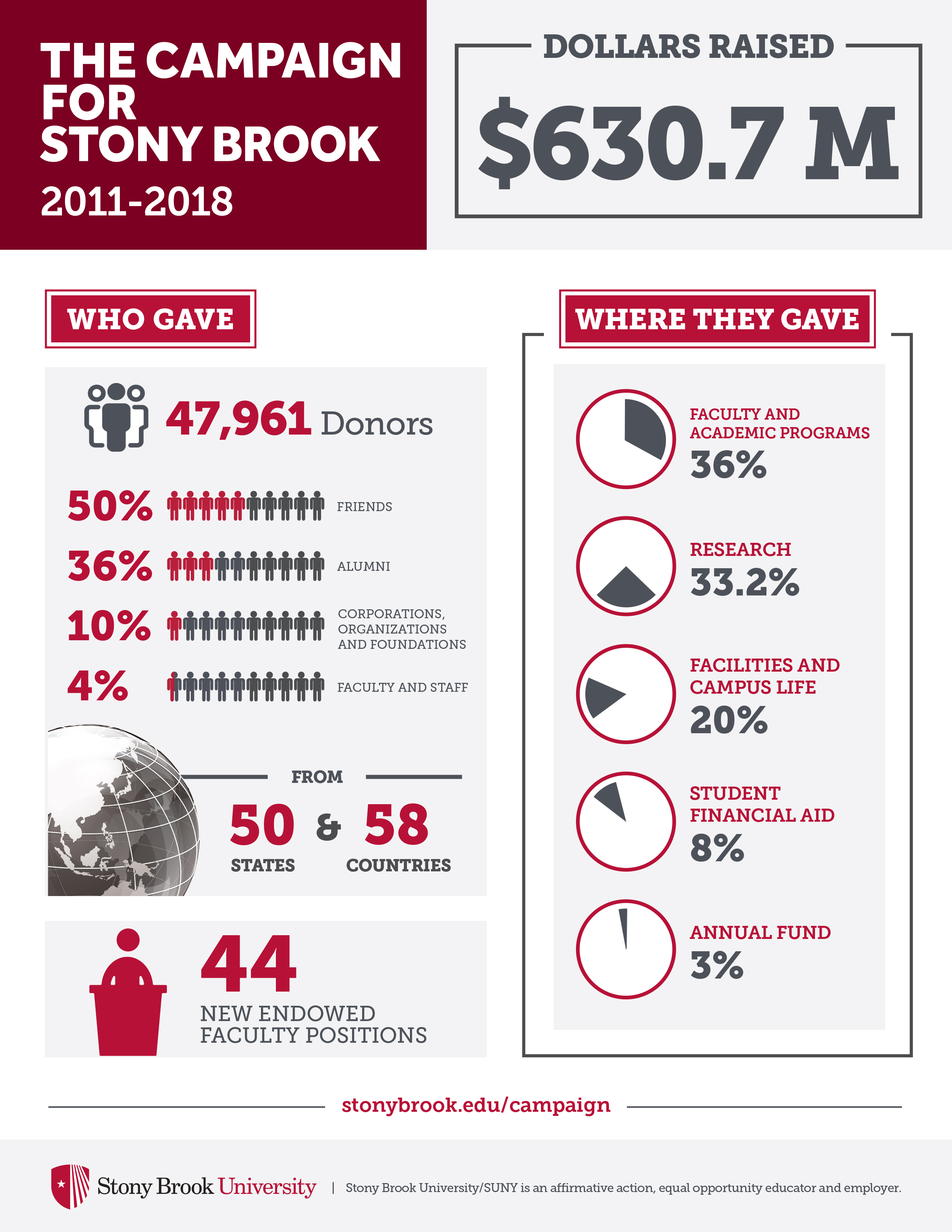 The quiet phase of the Campaign began in the fall of 2011 with a lead gift of $150 million from the Simons Foundation and former Math Department Chair Jim and Marilyn Simons. Their gift inspired 80 of Jim Simons’ colleagues at Renaissance Technologies—the Setauket quantitative investment company he founded and incubated on Stony Brook’s campus in the early 80’s—to donate more than $127.4 million to support a wide range of programs.

The Campaign has been an “equal opportunity” fundraising success, galvanizing the entire academic community, said University Provost Michael A. Bernstein.  “During the Campaign, more and more donors were introduced to innovative and worthy academic programs, and their gifts are having a significant impact. Most importantly, the Campaign built on areas of excellence across the entire campus, fortifying our humanities, arts, social and life sciences programs. In fact, 97.8 percent of all funds committed were dedicated by donors to specific priorities.”

Stony Brook’s previous comprehensive campaign, “The Emergence of Stony Brook,” raised $361.7 million in private dollars when it concluded in 2009.  Since then, the University’s fundraising productivity climbed from approximately $28 million per year in 2011 to an average of $90 million per year, which equates to nearly $300,000 in philanthropic commitments every day and an average gift size of $6,587.

In another metric of productivity, officials say the Campaign helped re-engage Stony Brook alumni around the world. A record number of alumni —17,343 in all—donated to fund scholarships, teaching, the arts, research and other initiatives at their alma mater.

While COVID case counts are increasing in Suffolk County and other areas, we continue to follow the protocols that have kept us one of the safest campus environments. We also continuously monitor and assess guidance for...