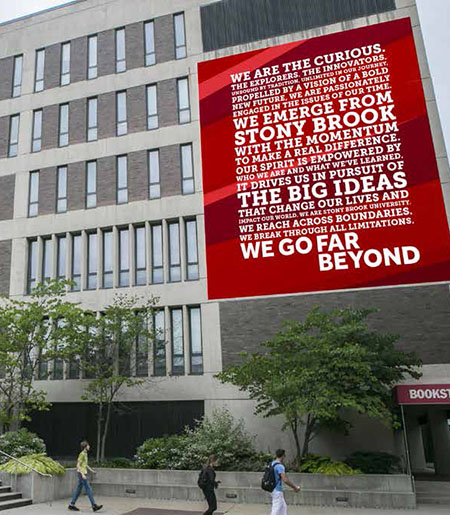 Stony Brook University is the third best ‘total-package college’ nationwide, according to Ladders, a job search organization that ranks higher education institutions by  calculating the most common ranking factors and factoring in the cost of education.

“When you factor in cost, Stony Brook topples Columbia by a huge amount, with close to $50,000 in state tuition savings annually, to be precise,” Ladders wrote. “Stony Brook University also boasts a great track record when it comes to job prospects, career earnings, and competitiveness.”

The ranking is based on a study by Zippia.com. Zippia considers a number of criteria in order to arrive at what it calls the “most comprehensive” list of the best college in each state. Using the most recent College Scorecard Data (October 2018) released by the Department of Education, the organization ranks all accredited colleges in each state from best to worst with the following determining factors: