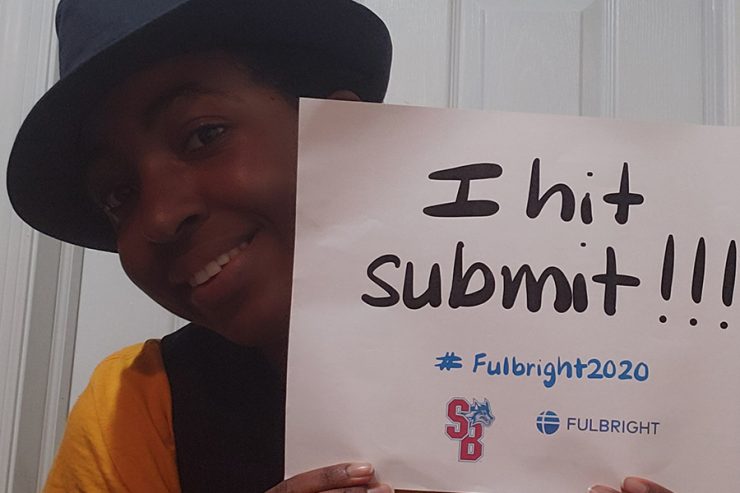 Stony Brook University has been named to the Chronicle of Higher Education’s 2020-21 list of top producers of Fulbright U.S. Student Program recipients for the first time ever — one of only two State University of New York (SUNY) institutions recognized this year.

The list, which recognizes doctoral institutions whose students have won the most Fulbright awards, is sponsored by the U.S. Department of State’s Bureau of Educational and Cultural Affairs.

The Fulbright U.S. Student Program — now in its 75th year — grants its recipients funding for research, study or teaching assistantships in more than 140 countries.

Of the 600-plus institutions that regularly participate in this competition, only 58 made this year’s list, including one other SUNY institution, Geneseo.

“Stony Brook has been steadily growing its Fulbright advising program over the past several years,” said Eric Wertheimer, dean of the Graduate School. “This investment has led to significant growth in the number of SBU undergraduates, graduate students and alumni applying for these prestigious overseas opportunities.”

In essence, it took a campus “village” to make this happen, said Director of Fellowships Advising Jen Green, “recognizing countless faculty, staff and previous Fulbright recipients who gave of their time to support and guide the applicants.”

She added, “We have always focused on the intrinsic value of the application process for its own sake, regardless of outcome, because it provides students with critical professional development skills.”

Of course, it is Stony Brook’s “outstanding students who were the other part of the equation that brought us this honor,” Wertheimer said.

Applying to become a Fulbrighter is an intense experience. Recent recipients — some of whom graduated, others who are graduate students at Stony Brook — and Green lead a series of information sessions throughout March, April and May to get undergraduates, graduate students and alumni “fired up” about applying, Green said.

The series is usually capped off with an in-person visit from a Fulbright representative. This year, however, the visit was conducted virtually.

The number of Fulbright applicants has risen steadily since 2015, from a total of 15 students to roughly 50 this past cycle.

The Fulbright summer boot camp, led by Green, has contributed greatly to students’ success, along with help from The Writing Center.

During the boot camp, which takes place from late May to early August, Green walks participants through the entire application with a focus on the two application essays.

Jennifer Albanese, director of The Writing Center and a member of the Fulbright Committee, ensures that applicants are connected to peer writer-tutors who help them focus and revise their personal statements and statements of grant purpose.

Nicholas Raffel ’21, a tutor at The Writing Center, worked with students on further solidifying their writing quality and narrative cohesion of personal statements and statements of purpose, helping them to become more confident.

“The students applying for Fulbright tend to be great writers, so my main task as a tutor is pushing the students to really tell their stories with strong and personal details,” Raffel said.

As those students begin preparing final documents over the summer and early fall, Albanese matches applicants with English graduate student employees, who have significant experience working with personal statements.

“Thankfully, the Fulbright applicants seek support over the summer and early in the semester before typical SBU students begin competing for available appointments, so this pairing helps both Fellowships Advising and our Writing Center,” said Albanese. “Exposure to this Fulbright process has also encouraged many of our tutors to apply for Fulbrights themselves. This semester I wrote three recommendations for current or former tutors, roughly 10 percent of our current staff.”

For anthropology major and Fulbright applicant Jhinelle Walker ’21, “the boot camp allowed us to have a dedicated and knowledgeable professional working with us every step of the way to complete an application that was more complex than we first suspected.”

All applicants applying through Stony Brook submit their applications to Green in early September, so she can pass them on to the Fulbright Campus Committee. As always, Green said, it was an all-hands-on-deck effort.

SBU’s Fulbright Campus Committee interviews every candidate and offers feedback to strengthen their proposals before final submission, another component in the Fulbright application process.

“Fulbright requires that we interview all of our applicants, so this year we did 54 interviews and more than 45 faculty and staff volunteered to help,” she said. “The campus committee is not ranking or eliminating; rather, it helps with proposals and provides valuable professional skills development. By bringing together faculty and staff from all disciplines/areas across campus, it helps the applicants revise their applications to make them even more competitive and is a networking opportunity for everyone involved.”

“Having been the recipient of a Fulbright grant to Austria [following graduation with a BA in German], I know how such awards can contribute to both professional and personal growth,” said Robert Bloomer, a Fulbright German language evaluator for campus applicants since 1994 and a member of the Fulbright Campus Committee from 1994 to 2006, who is also a faculty member in European Languages, Literature and Cultures.

Another former Fulbright grantee, Kathleen Vernon, associate professor of Hispanic Languages and Literature, lent her expertise in helping prospective Fulbright applicants from Spanish-speaking countries by doing language evaluations and serving on Stony Brook’s Fulbright Campus Committee. Her recent service on the Fulbright National Screening Committees for Mexico and Spain and have also uniquely positioned her to know what is required.

“The experience has put me in touch with a wonderful and talented group of Stony Brook students who have so much to offer to the countries in which they hope to teach and study,” said Vernon. “I know what the chance to live, study and work in another country meant to me on a professional and personal level, and it’s been a source of immense satisfaction to work to make this opportunity available to our students.”

Jean Hendrickson, a TESOL (Teaching English to Speakers of Other Languages) specialist who serves on SBU’s Fulbright Campus Committee and the National Screening Committee for Fulbright’s English teaching assistantships in Taiwan, has a special perspective on how to rate and select applicants.

“That experience allowed me to understand what makes a candidate stand out among a very strong and large peer group,” said Hendrickson. “Thus, I can now try to convey this to SBU applicants on the campus committee level.”

Students must “have it all,” Hendrickson said, in terms of motivation, experience, knowledge and attitude. “Even more important, they have to communicate this clearly, concisely and convincingly on paper,” she said.

Green completes paperwork on behalf of each of the 50-plus applicants, then sends everything to the Fulbright National Screening Committee in early October. The committee meets throughout the remainder of the fall. In January, Stony Brook learns which applicants have been selected as semi-finalists and will advance in the competition.

Semi-finalists’ applications are then reviewed by commissions in the individual countries to which the students have applied.

Applicant and PhD student of philosophy, Delicia Kamins, has successfully written grants — many of which were competitive in the academic and corporate worlds, and for organizations, projects and for herself — but did not expect to get much more than she already knew from the boot camp. However, she said she appreciated Green’s “shoot-it-straight manner” and joined the boot camp mainly to stay on target for deadlines.

“The Fulbright grant application stands out to me as the most challenging application I’ve ever worked on,” said Kamins, a PhD student in philosophy. “Knowing what I know now, there is no way I’d have had even a slightly possible chance of being competitive without Jen’s boot camp.”

2020 was a totally different year for all things academic and Fulbright was no exception. For example, this year’s boot camp and interviews were conducted entirely online, which was essential to establishing and maintaining momentum during the pandemic.

For Walker, the biggest challenges were deciding where to go and why, and how to present herself in her essays. She ended up applying to teach English in Indonesia, but originally considered Taiwan because it has a large number of positions. Green guided her to Indonesia and connected her to a previous recipient of this award – which appealed to Walker’s anthropology background and past experience with more formal academic teaching; she had worked as a TA for the Collegiate Science and Technology Entry Program (CSTEP).

Green urges those hoping to apply for Fulbright during the 2022-23 academic year to attend one of her spring information sessions. She and SBU’s previous recipients want to build on the momentum of this year, yet all are grateful for what has been accomplished.

“We are delighted that our approach resulted in an increase in awards received,” she said.

For Wertheimer, Stony Brook’s being named a top producer of Fulbright U.S. scholars is a special honor to be relished “as we join this list along with many of our AAU [Association of American Universities] peers,” he said, adding, “Stony Brook is on the list to stay!”

Stony Brook University hosted a panel of city and state officials to discuss how partnerships between government, universities, and industries can not only help New York State meet its climate goals, but also improve...

The Center for Excellence in Learning and Teaching (CELT) honored Stony Brook University educators with the 2021 CELT Celebration of Teaching Awards on May 6. 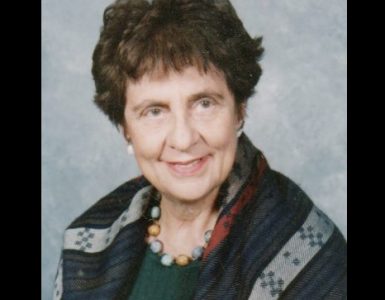