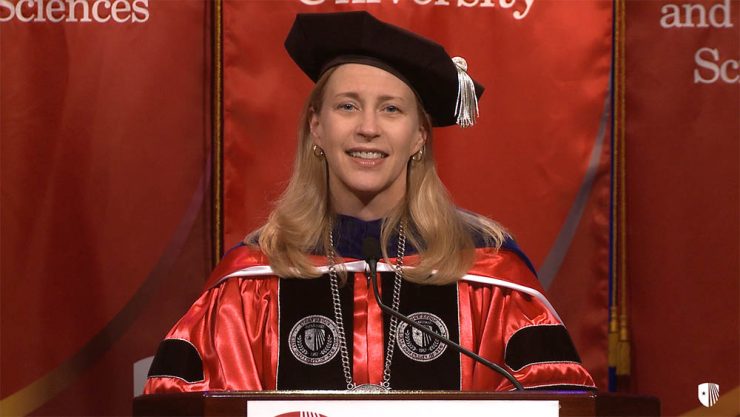 After months of hybrid learning during the COVID pandemic, thousands of Stony Brook University students were awarded degrees at the Winter Virtual Degree Conferral Celebration. The Degree Conferral was webcast on Friday, December 18, at 6:30 pm, ET.

Candidates, with their families and friends, were invited to participate in the live-streamed celebration as bachelors, masters, doctoral and professional, medical degrees and graduate certificates were bestowed.

During her first graduation address, President Maurie McInnis commended the newly designated alumni for their fearlessness during these trying times.

In addition, former Stony Brook Southampton faculty member and internationally renowned Pulitzer Prize and Academy Award winning cartoonist Jules Feiffer received an Honorary Doctor of Humane Letters Degree, recognizing his talents that also include achievements as a celebrated playwright, screenwriter, satirist, children’s book author and graphic novelist. After he left the Village Voice where he worked for 42 years, Feiffer joined Stony Brook’s MFA program in Creative Writing and Literature where he taught ”Humor and Truth,” one of the program’s most popular classes.

After receiving his honorary degree, Feiffer said, “When I started on that first day [of teaching at Stony Brook Southampton], I said ‘You have a license to fail and if you don’t take advantage of that license, you really will fail. But if you take chances; if you fall flat on your face; if you just reach out to what you can’t do, I’m going to help you learn how to do it, and we’re going to have a very good time together,’ and in the years that I taught, we did have a very good time together failing our way upward.”

Pre-recorded remarks for the Conferral Celebration were provided by Interim Provost Fotis Sotiropoulos and deans from each of Stony Brook University’s Schools and Colleges. For the first time in history, several students from the Renaissance School of Medicine (RSOM) at Stony Brook University conferred their degrees and took their Hippocratic oath during a December ceremony, administered by Dr. Kenneth Kaushansky, Dean, RSOM and Sr. Vice President of the Health Sciences. 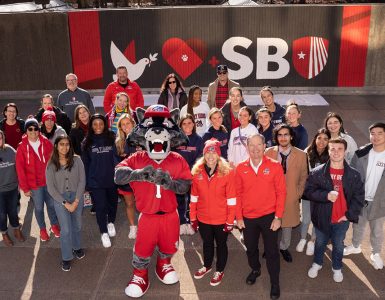