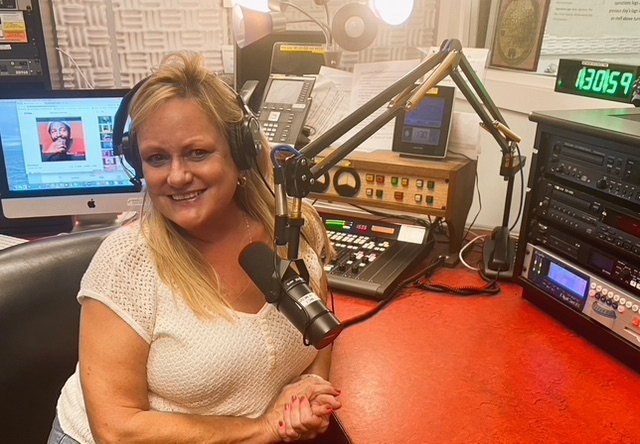 Losing a loved one to drugs is a devastating blow to any family; some never recover. When Allison Van Cott, a graduate student in the Stony Brook University School of Social Welfare, lost her brother to an accidental overdose, she vowed to turn her grief into positive action.

Van Cott, a piano teacher and musician, first began her public welfare initiatives in 2016 when, as an undergraduate student, she formed a campus club called the Play It Forward Project that advocates for the professional field of music therapy.

“We used to do a lot of performances in the [Stony Brook University] Hospital lobby and pediatric oncology unit, which was so rewarding,” said Van Cott. “We were trying to bring awareness to how healing music is and trying to bring a music therapy program to the university.”

However, since losing her brother years earlier, Van Cott carried a parallel concern for the opioid and fentanyl crisis plaguing the nation. “That changed my direction and I got the idea to try to bring NARCAN® training to the university,” she said.

NARCAN (generic name naloxone) is a prescription nasal spray used for the treatment of a known or suspected opioid overdose emergency. Working with Catherine Marrone, advanced senior lecturer and director of undergraduate studies in the Department of Sociology and the Stony Brook University Police Department, Van Cott helped bring NARCAN trainings to the university.

When the COVID-19 pandemic hit, it became hard, and then impossible, for the club to perform in person. At the same time, Van Cott saw that isolation was fueling the opioid problem.

To promote her previous music therapy efforts, Van Cott had been a guest on “Taking Care of Yourself,” a program on 90.1 WUSB-FM, Stony Brook’s noncommercial radio station, and saw an opportunity to leverage the medium for her new focus.

“I did my first show as a guest and I was hooked,” she said. “I loved it. I loved the platform and the energy.”

She proposed an idea for her own show to her media professor, Norm Prusslin, director of the media arts minor and a faculty member in the Department of Theatre Arts, who is also a founding member of WUSB.

With the help of WUSB station manager Isobel Breheny-Schafer and “Taking Care of Yourself” host Kate Valerio, and despite having no radio experience beyond being a guest, Van Cott began a radio program called “Play It Forward” in February 2022. Since then she has focused each show on the fentanyl/opioid crisis, bringing a plethora of resources and statistics to her listening audience.

“We talk a lot about what’s going on, too much of what is unfortunately not being told to us in the news,” she said. “Why aren’t our leaders talking about this crisis? Close to 300 people a day die from a fentanyl overdose. That’s the equivalent of a plane crash a day. That should get the attention of people. So we’re really trying to bring this information to our community and the Stony Brook campus.”

A small group of like-minded students joined the cause.

“My focus group is incredibly important and I could not do the show without them,” said Van Cott. “We have a great team and we’re very proud of the work we do.”

“Play It Forward” airs on 90.1 WUSB-FM and is streamed on the Internet every other Friday at 1 pm.

“Nobody chooses this,” said Van Cott. “When it happens, you’re like, ‘What could I have done?’ But drugs are agnostic; there are no stereotypes anymore. It can afflict anyone, including the great athlete or the straight A student.”

Van Cott said that social media is one of the driving forces for the fentanyl crisis.

“That’s where a lot of these kids are getting what they think,” she said. “They’re not seeking fentanyl, but what’s happening is they’re buying pills that are fake, and they’re made to look like what they think they’re buying. All it takes is the equivalent of a couple grains of salt.”

Van Cott said she is both frustrated and driven by the fact that many people don’t even know there is a fentanyl crisis.

“One pill can kill you,” she said. “I’ve heard of so many that have died, and others who have lost kids. It’s something that I care so deeply about, and I wish other people did too, because it’s about education and awareness. I address this almost like a new problem because these kids are not drug addicts. The problem is they don’t have enough world experience to realize what they’re doing. They need someone to explain it to them. I look at my show as going to the mountaintop to scream it to them.”

SPECIAL Stronger Together Mask Mandate Update As you may know, a New York State Supreme Court issued a ruling yesterday (Monday, January 24) regarding the mask mandate for K-12 schools and other indoor locations. New...