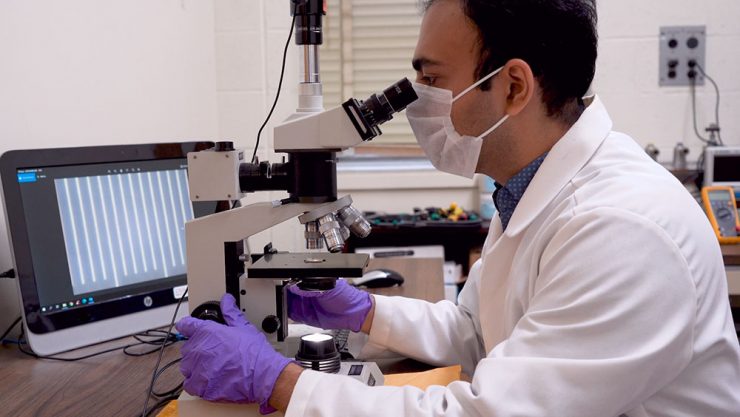 Shrish Patel, a doctoral candidate in the Department of Materials Science and Chemical Engineering in the College of Engineering and Applied Sciences, has been named a graduate finalist in the 2021 Collegiate Inventors Competition (CIC) for his invention, SolarClear, an electric field assisted approach for cleaning solar panels.

Established in 1990, the CIC is an annual competition run by the National Inventors Hall of Fame and is sponsored by the United States Patent and Trademark Office (USPTO) and Arrow Electronics. Each year, the CIC selects several undergraduate and graduate finalists from colleges and universities across the nation, rewarding innovation, discovery and research by students and their faculty advisers.

SolarClear uses autonomous waterless cleaning technology that is both significantly more effective and efficient compared to existing technologies. Additionally, the unique design of the electrodes that are used in the system makes SolarClear economically viable for utility-scale installation in the desert. Patel’s faculty adviser is Alexander Orlov, professor of Materials Science and Chemical Engineering.

Competition finalists will present their inventions Oct. 13 in a virtual format to a panel of judges made up of the most influential inventors and invention experts in the nation, including National Inventors Hall of Fame inductees and USPTO officials. Winning teams will be announced on Oct. 14.

“Year after year, the Collegiate Inventors Competition celebrates truly talented innovators through the spirt of competition, and the finalists here today represent some of the best examples of hard work, dedication, and outside the box creativity,” said Deputy Secretary of Commerce Don Graves. “Through innovation, these young people will not only play a role in helping to change the future for the better, they are also creating for themselves a pathway to the opportunity and prosperity that is one of the hallmarks of the American Dream.”

Stony Brook University has won first place in the CIC only once before, in 2014, when Katarzyna Sawicka won the graduate division for the innovative Immuno-Matrix skin patch, which used nanofibers to hold and effectively deliver a vaccine through the skin. 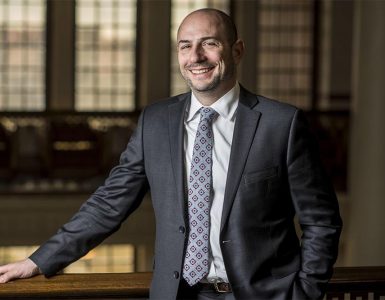