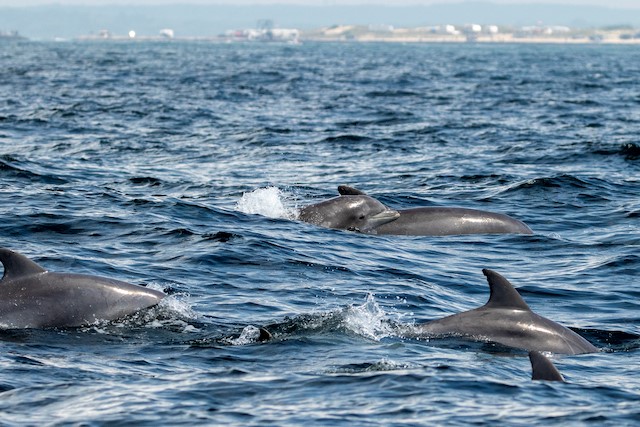 STONY BROOK, NY, June 6, 2022 – Shinnecock Bay on the south shore of Long Island, New York, is being named a new “Hope Spot” by Mission Blue, an international organization that supports the protection of oceans worldwide. This distinction is the result of a decade of restorative and scientific work co-led by Ellen Pikitch, Ph.D., Christopher Gobler, Ph.D. and Bradley Peterson, Ph.D. in the School of Marine and Atmospheric Sciences (SoMAS) at Stony Brook University.

Hope Spots are iconic ocean regions that stand out as some of the most pristine on the globe. This places Shinnecock Bay in a league with internationally-recognized locations such as The Galapagos Islands, the Sargasso Sea, and the Ross Sea in Antarctica. The bay is the first Hope Spot in New York State, the only one near a major metropolitan region, and one of only three others on the Eastern Seaboard of the U.S.

Dr. Sylvia Earle, founder of Mission Blue, says, “What a concept, in the shadow of one of the most densely populated parts of the planet – New York City! While New York conjures up visions of skyscrapers and crowded streets, it is a great ocean state with a significant coastline, a rich maritime heritage and growing opportunities to view ocean wildlife from the shores and in the water.”

At a June 6 event in New York City, Mission Blue and its founder, the internationally renowned marine biologist Sylvia Earle, will officially name Shinnecock Bay as a Hope Spot. Pikitch, on behalf of the Institute for Ocean Conservation Science, nominated the bay for this global recognition and Ted Janulis, on behalf of The Explorers Club, served as second nominator.

The official naming will take place at The Explorers Club and will acknowledge the work of Pikitch and her colleagues at Stony Brook University’s SoMAS, where a team of scientists, educators and students have worked together to revive the health, biodiversity, and aquaculture potential of Shinnecock Bay.

“The Hope Spot distinction for this unique bay on Long Island is the result of meticulous work and proof that the Shinnecock Bay Restoration Program has succeeded in bringing  the bay back to the healthier state  it was in many decades ago,” says Pikitch, the Endowed Professor of Ocean Conservation Science at Stony Brook University and SoMAS, and Director of the Institute for Ocean Conservation Science.

“Shinnecock Bay is arguably the healthiest bay in New York State, and our work demonstrates that people can reverse the damage done through nature based, scientifically guided restoration,” she continued. “We hope and expect that designation of Shinnecock Bay as a Hope Spot will inspire others  to take action to restore other places  to their original beauty, biodiversity, and health.”

Shinnecock Bay is a highly productive estuary that is approximately 122 kilometers from New York City. The bay is a hidden gem of biodiversity that covers an area of 40 square kilometers and consists of 9,000 acres of open water, salt marshes, intertidal flats, and seagrass beds. These habitats serve as important nursery, feeding, and breeding grounds for many species.

The creation of “hard clam sanctuaries” in western Shinnecock Bay is a pivotal part of the restoration effort of the SoMAS Stony Brook University team. As a result of this work  the dangerous brown and red tides that had been occurring annually have not been observed for several years. Landings of hard clams outside the sanctuaries have increased dramatically and are at a level not seen since the mid-1980’s. And, numbers of fish in the bay, most notably forage fishes such as bay anchovy and menhaden, have escalated.

For more information about the entire Shinnecock Bay Restoration Program, see this story.

Professor Pikitch is an award-winning scientist, conservationist and communicator who is transforming the way the ocean is regarded and managed. She is the inaugural Endowed Professor of Ocean Conservation Science at the School of Marine and Atmospheric Sciences at Stony Brook University, and directs its Institute for Ocean Conservation Science. Dr. Pikitch’s contributions span the gamut from basic science innovations to domestic and international policy change and from locally to globally significant investigations.

She has authored more than 200 scientific and popular articles and edited two books. Her work has led to improved management policies for fishes, including sharks, sturgeon and forage fish. Dr. Pikitch chaired the Lenfest Forage Fish Task Force which provided recommendations for managing these species in a manner which accounts for their ecological role. From 2015 – 2020 she served as scientific lead of the 10×20 initiative, a coalition of UN Member states that built political capital, helped secure funding and provided guidance for the establishment of marine protected areas around the world.

On the East End of Long Island, she co-leads the Shinnecock Bay Restoration Program, which is aiming to “turn brown tide blue” through in-the-water restoration activities. Dr. Pikitch is pioneering the use of eDNA technology for non-invasive assessment of fish and invertebrate communities, and is applying the methodology to evaluate the success of restoration efforts in Shinnecock Bay.