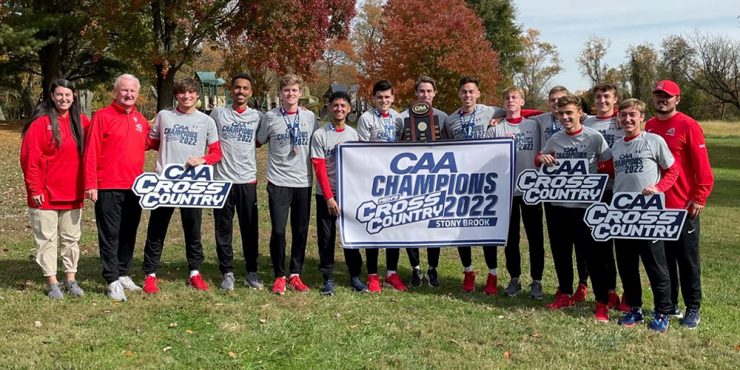 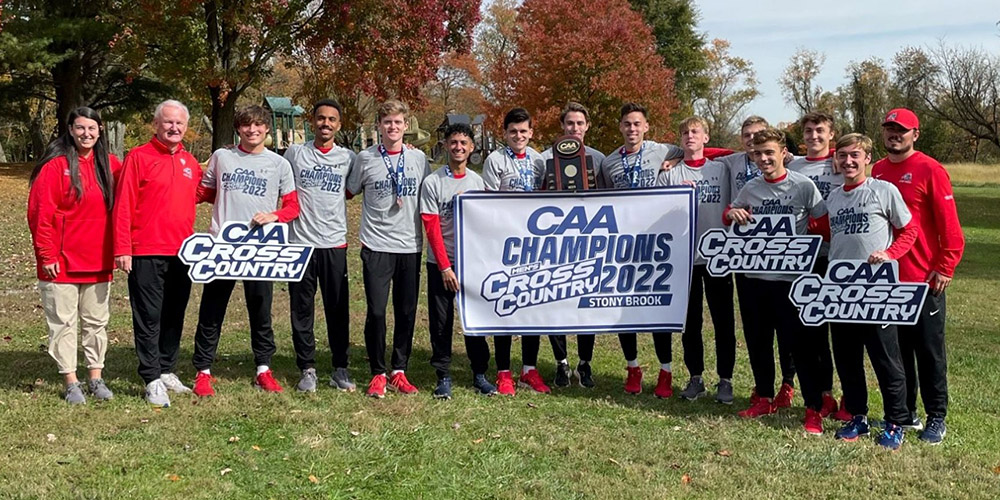 The Stony Brook University cross country program wasted no time in making its mark in the Colonial Athletic Association.

The men’s team won the first CAA championship in school history, while the women placed third at its conference championship meet. Men’s coach Andy Ronan went on to be named CAA Cross Country Coach of the Year, and both teams had several runners win all-conference honors.

The Seawolves’ first season in the CAA was topped off by the men’s victory in the CAA Championship 8K, which was the program’s fifth-ever championship, having won four titles while competing in America East.

Graduates Carlos Santos Jr. and Robert Becker led the Seawolves, as the New York natives earned a fourth and fifth-place finish, respectively. Santos finished the race at 24:31.30 and Becker came in right behind at 24:38.80. Both Becker and Santos finished with All-Conference honors, two of six runners to receive All-CAA Team recognition, a list that included Evan Brennan, Shane Henderson, Aiden Smyth and Conor Malanphy.

The men’s team went on to place sixth at the NCAA Northeast Regional Championship at Van Cortland Park in the Bronx. Brennan and Becker were named All-Region, placing 12th and 20th, respectively. 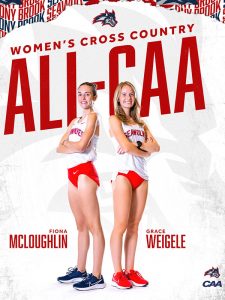 Ronan led the men’s team to seven top 10 overall finishes this year, winning his 10th overall Coach of the Year award. He was tabbed the America East Women’s Coach of the Year eight years in a row (2005-2012), while also earning his first conference coach of the year nod on the men’s side in 2012.

The Stony Brook women’s team also impressed in their debut season, following a victory at the ECAC Championships with a third-place finish at the CAA Championship race with 91 points. Fiona McLoughlin — who had been the Seawolves’ top finisher in every race prior to this one  — did it again and placed fifth in 21:41.5. She was named to the All-CAA Team along with Grace Weigele, who placed seventh in 21:49.9. Five SBU runners placed in the top 30.

The women’s team went on to place 10th at the NCAA Northeast Regionals. Weigele and McLoughlin led the way, finishing 26th and 58th, respectively.