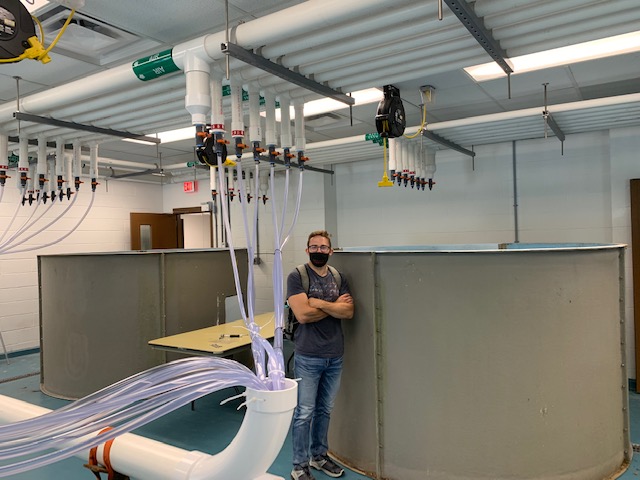 A project called SEA MATE, with a team of researchers led by Stony Brook University Professor Matthew Eisaman, is using electricity to remove acid from the ocean while also taking carbon dioxide from the atmosphere.

Continually increasing carbon dioxide concentrations in the atmosphere have already led to changes in the climate as well as the acidification of the oceans. This increased acidity of the oceans is analogous to a slow motion “spill” of acid, so just as oil spills need to be cleaned up, so do these acid spills.

The approach of SEA MATE (Safe Elevation of Alkalinity for the Mitigation of Acidification Through Electrochemistry) uses carbon-free electricity and electrochemistry to effectively pump this excess acid out of the ocean and then sells the acid for useful purposes. This acid removal restores the ocean chemistry such that the remaining ions in the ocean react with atmospheric carbon dioxide, safely locking it up for 10,000 to 200,000 years as oceanic bicarbonate. The net effect of SEA MATE is the reversal of ocean acidification along with the net removal of carbon dioxide from the atmosphere.

SEA MATE is led by Eisaman, a professor in the department of Electrical and Computer Engineering in the College of Engineering and Applied Sciences, and is responsible for the technology development and testing. His colleague Brendan Carter at the University of Washington and the National Oceanic and Atmospheric Administration (NOAA) is leading the modeling effort.

Stony Brook University’s School of Marine and Atmospheric Science (SoMAS) PhD student Nathan Hirtle is a research assistant on the project helping with experiments to quantify the seawater chemistry of the process.

Early deployments will likely partner with existing marine industries such as seawater desalination, aquaculture, maritime transport and offshore wind. As an example, performing the SEA MATE process on the waste effluent from desalination plants would provide value to these plants by reducing their environmental impact, while also mitigating ocean acidification and decreasing the concentration of atmospheric carbon dioxide.

Eisaman been working on research related to this topic for about 10 years. He thinks we are now at the point where the technology readiness and the societal need make the deployment of processes like SEA MATE feasible.

Read the complete story at the Electrical and Computer Engineering website.