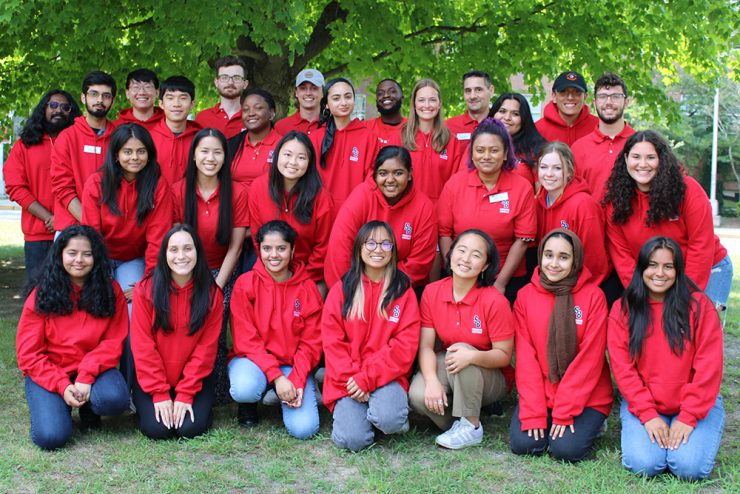 Car Free Day is an international event celebrated every September in which people are encouraged to get around without cars and instead ride a train, bus, bicycle, carpool, subway or walk. Stony Brook’s Commuter Student Services and Off-Campus Living (CSS/OCL) team secured 573 pledges this year from across the campus community.

Commuter assistants, who are seasoned student leaders and role models committed to helping commuter students acclimate to campus, led the pledge drive and were responsible for a majority of the pledges received. “It was through their commitment to peer engagement and bettering their community that we were able to be victorious for the second year in a row,” said CSS/OCL coordinator Victoria Hughes. “This goes to show how impactful peer-to-peer outreach can be, and how much of a difference students can make within their own communities.”

Throughout the month of September, CSS/OCL spearheaded “Sustainable September,” a full month of bringing awareness to sustainability issues, which was a big hit with SBU students. Commuter assistants held several events centered around interactive ways to engage with students about these issues, including sustainability trivia (prizes included reusable straws and reusable tote bags), recycled crafting (participants repurposed old CDs and used them to create artwork), and of course, pounding the pavement to personally speak with students and ask them to take the Car Free pledge.

CSS/OCL has had a relationship with 511NY Rideshare for many years and frequently direct commuter students to some of the resources they offer, such as Find a Carpool Partner and the Transit Trip Planner.