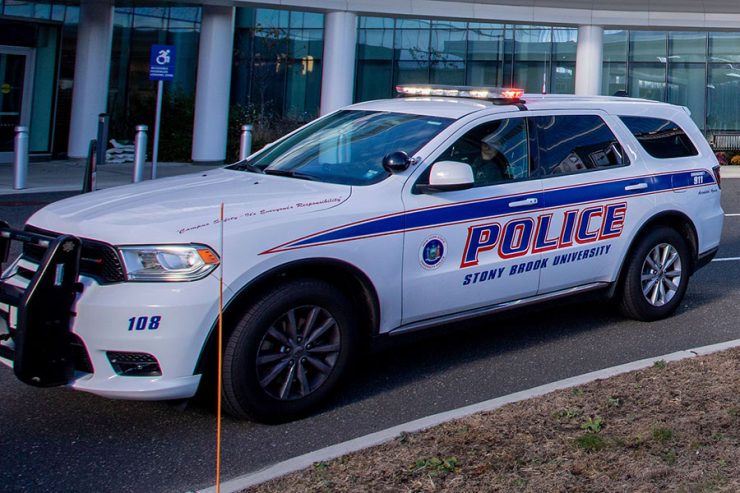 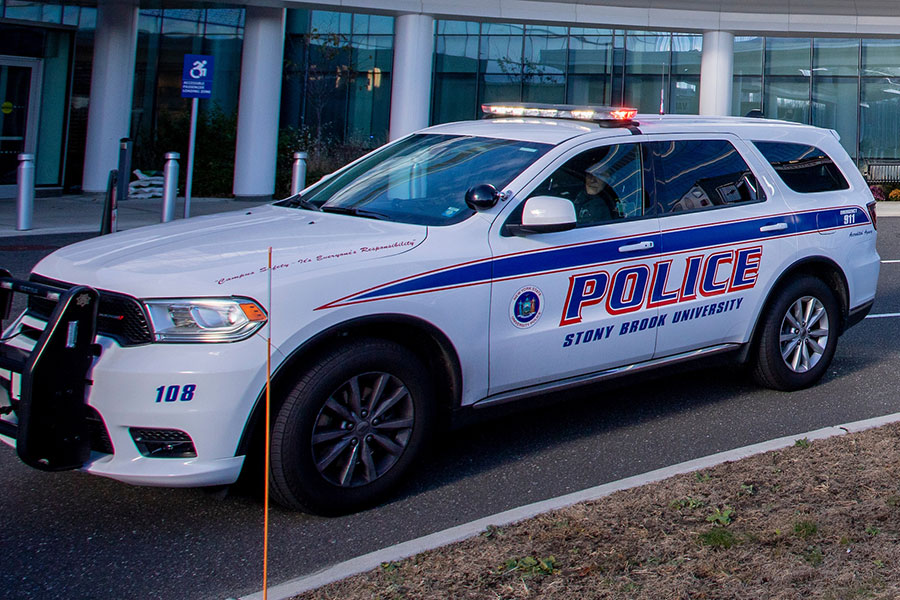 Several Stony Brook University police officers are recipients of the State University of New York (SUNY) 2022 University Police Awards, the highest recognition by the SUNY Police Chiefs Association. The annual awards honor lieutenants, officers and staff for their heroic efforts and bravery on campus as well as their professionalism.

“On behalf of the hundreds of thousands of students and employees who meet on our campuses each day, we thank our officers and staff for their service in keeping us safe,” said SUNY Interim Chancellor Deborah F. Stanley. “The winners announced today are role models among their peers and the entire SUNY community, and, in some cases, have put aside their own safety to protect us. They have our utmost respect and our congratulations for what they have achieved.”

“I continue to be enormously proud of the great work our University police officers do everyday,” said Lawrence Zacarese, vice president for Enterprise Risk Management and chief security officer at Stony Brook University. “These are just a few examples of the extraordinary effort, dedication and commitment to service that they all share. Policing in higher education requires a level of professionalism that is not often seen in different areas of law enforcement. Stony Brook University police officers distinguished themselves on a regular basis and these honorees exemplify this level of excellence.”

The following awards were presented to Stony Brook University Police:

The Heroism Award recognizes members for acts of exceptional bravery performed at very high risk to their own lives with full awareness of the danger involved. This year’s honor was awarded to Officer Frank Mendyk.

“As police officers, we look forward to this event each year and cherish the opportunities it provides us to honor these outstanding awardees,” said University Police Commissioner Mary Ritayik. “It is a moment to reflect on what it means to be a University Police Officer and be inspired by the heroes within our police force. I have had the privilege of working with so many collaborative officers throughout my career, and now, as their commissioner, I am honored to celebrate them and their work.”