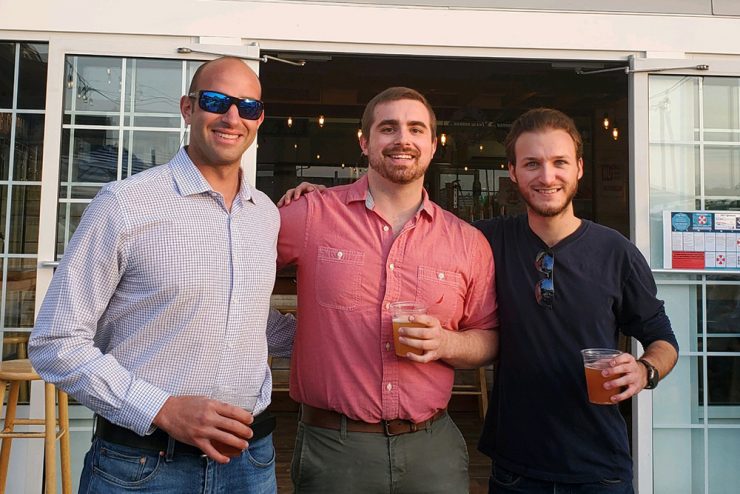 According to Zhu and Ke, the idea for PediCure was born watching their grandparents struggle with toenail trimming, but who were too embarrassed to ask for help.

So how is this any different from what already exists in the marketplace?

“There are various toenail trimmers on the market, but none of them are electric or use a safe grinding mechanism,” said Zhu, who added that the product also features an extension arm attachment to eliminate the need for bending down.  (View the video pitch)

“Our most important short-term goal is launching our Kickstarter in August,” said Zhu, adding that the $10,000 will be vital to funding costs like a high-fidelity prototype, video production, and leads marketing. “We are looking to raise enough money to manufacture a small production run of roughly between 2,500 and 5,000 units.”

Zhu added that after they prove that traction for the product exists, they will be able to fundraise from several interested parties. “Looking ahead, our goal is to not only ensure the success of our toenail trimmer, but also to make aging in place a reality for more Americans by developing a line of assistive personal care devices,” he said.

“Users spend hours a day swiping through potential matches just to get a few matches a week, many of which end after a few messages, and drastically fewer than that continue to a first date,” Martino said, noting that a survey they ran found 64 percent of dating app users prefer to meet in person rather than online. “Now with COVID-related restrictions, people are even less likely to meet in person and are becoming more comfortable with virtual meetings, making this the perfect time to release our app.”

Users start off in a virtual meeting space emulating a bar scene in which they can interact with other users through video — like virtual speed dating.

Martino said they are nearly finished with a prototype and plan to move forward with alpha testing within the next few months, adding that revenue in the online dating segment is expected to reach $3.2 billion in 2021 and more than $4 billion by 2024.

Of the 38 million people in the U.S. looking for a relationship, there are 19.5 million monthly dating app users, and 56 percent of those users view dating apps negatively. Martino’s team aims to change that negative outlook while competing against existing message-based dating apps, most of which use a subscription model with costs ranging from $10 to $40 dollars per month.

“These apps have marketed themselves very effectively over time, most recently using Snapchat and TikTok as primary marketing channels and gaining many users through word of mouth in later stages. We will differentiate ourselves by being a virtual-meeting based app in the dating scene,” assessed Martino.

How difficult is it to convert a surefire entrepreneurial prospect into a perennial revenue source?

Ask MBA graduate Jawad Khalfan ’18, whose collaboration three years ago with classmate Zachariah Djaballah ’18 led to the Versitable — a convenient stand-alone table that provided unlimited positioning for its user.

“Bob Harrison of the SBDC [Small Business Development Center] told Zach and I that we were going to join this competition, ace it, and walk away with some funding for our start-up. He was our advisor and he believed in us,” said Khalfan. “We gave a stellar presentation of our product idea. That same day we walked away with $2,500 to use toward our product’s development. The day we heard that news, we were so happy.”

The Versitable was tabled, however, after a design engineer advised that it was impossible to build with the features and specs that Khalfan wanted. In August 2018, he and Djaballah “decided to close the chapter and move on,” but they gained valuable experience and “realized how much potential we have as entrepreneurs.”

Khalfan eventually went into business with one of his best friends, Joseph Kessler, who he had known since he was 12, starting a system integration company with a focus on security and A/V systems. “We now had the confidence and the desire to go out on our own and incur all the risk to build our own empire,” he said. “It has been 15 months since we made that decision and business is booming. Now I wake up every morning, put on my SecureTech polo and think to myself, ‘Wow. I am going to be a millionaire.'”

Such is the stuff of dreams.