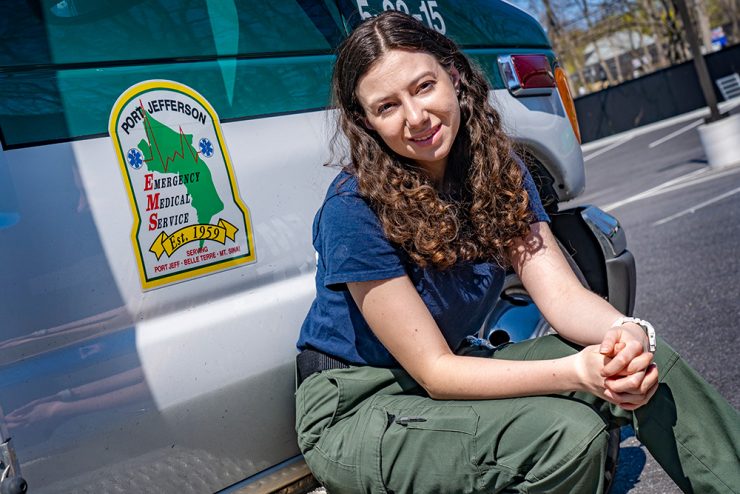 Victoria Dotto ’22 wanted to be a pediatrician even when she was a child. So every chance she got along the way, she has volunteered to work with children.

“Ever since I was little, I had a curiosity about science and medicine,” Dotto said. “When I was eight or nine years old I was in my doctor’s office and I saw a poster on Lyme Disease, and I started reading it. When my pediatrician came in, I proceeded to ask her multiple questions about the poster, and I was very lucky that despite being busy, she took the time to answer them all.”

Choosing to embark on the pre-med track at Stony Brook University was not quite as automatic.

“My mom had actually been talking to me about Stony Brook since seventh grade saying it was a really good school for medicine,” Dotto said. “Of course, being a pre-teen at the time, I was 100 percent against going because it was something my mom liked.”

Dotto eventually applied anyway and was accepted to the University Scholars Program. “Getting the email saying that I was accepted into the program really was the cherry on top.”

Dotto joined a program in high school called Science Research and working with a mentor, created a project, and competed in science competitions throughout Westchester County, New York.

She wound up working with the bacteria Legionella the year after the Legionnaires outbreak in Flint, Michigan. “I remember thinking how cool it was that I was able to work with something that was so relevant to an event going on in the world,” said Dotto, who also took part in the New Visions Health program at her local BOCES, where she got to shadow at a hospital. “That interest continued at Stony Brook and encouraged me to continue learning through different classes and experiences in any way I can.” 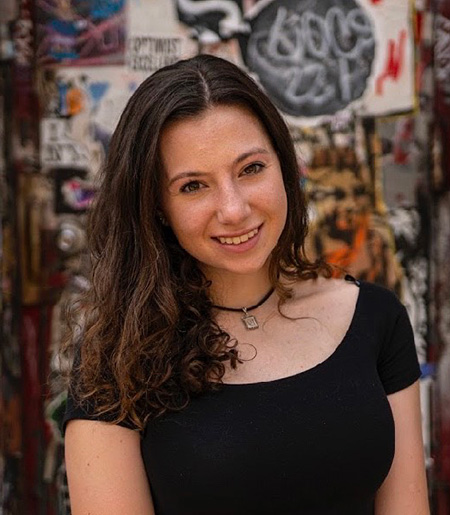 As a Girl Scout, Dotto volunteered at Westchester Food Bank, where she was shocked by the numbers of people going hungry. She started a canned food drive that continued throughout her high school experience during Spirit Week, with everything donated to a local food pantry. She also participated in roundtable discussions with other student council members across the state on the effects of food insecurity and how it can impact different populations.

Dotto also spent summers honing her skills with children at a YMCA and working in urgent care. That stewardship has flourished with the University Scholars and Dotto considers it her good fortune to be selected as a University Fellow and serve as a Peer Assisted Leader, along with many of the clubs and organizations she’s been a part of, such as Project Sunshine, Camp Kesem and Phi Delta Epsilon. The latter provides guidance to being on the pre-med track.

“I enjoy interacting with kids whose parents have cancer, and being there as a support for them when they come to Camp Kesem,” said Dotto. “Taking part in Project Sunshine for the kids in the hospital is meaningful because that can be a very stressful situation for both children and family members. Helping to give them that sense of normalcy and make their day a little better than it started is something that I love being part of, and is something that is an amazingly indescribable feeling.”

Dotto immersed herself in research as a part of the elite Brain Team as a sophomore at Stony Brook. Part of the College of Engineering and Applied Sciences’ Vertically Integrated Project Program, the Brain Team is looking to determine the biological cause of Major Depressive Disorder (MDD) suffered by 4.8 million American adults and 350 million people worldwide. While working in the Center for Understanding Brain Imaging Technology (CUBIT), Dotto assisted in a project looking at the effect of childhood trauma on the anterior cingulate cortex of those who are enduring MDD.

Dotto also became a certified EMT for Port Jefferson EMS not long before the pandemic struck, which delayed her probationary period. She had to return home to Westchester County at the outset of the outbreak, and performed double shifts every other week to keep her hour requirements intact without having to commute from Westchester to Suffolk County every week.

With the intention of pursuing a career in pediatrics after graduation, Dotto hopes to acquire a dual degree in a master’s program in public health, a result of her learning about the Flint Water Crisis and reinforced by seeing the effects of COVID-19 on different families and communities.

“Medicine is truly a field that keeps you on your toes and encourages lifelong learning. Between that and my passion for working with children, it truly feels like it’s what I’m meant to follow,” Dotto said.

“Audrey Hepburn is one of my role models and I love her movies as well as all the humanitarian work she did with UNICEF,” she continued. “Like her, I believe in putting others before yourself. From my experience, many people see it as a weakness, but I see it as a strength and it’s gotten me this far, so I think it’s one of my strongest attributes.” 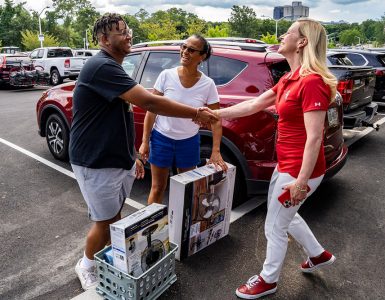 Resident students moved back to campus last week, joining faculty, staff and the rest of the Stony Brook University community as the Fall 2022 semester begins with a sense of hope and excitement. “I hope you stay...