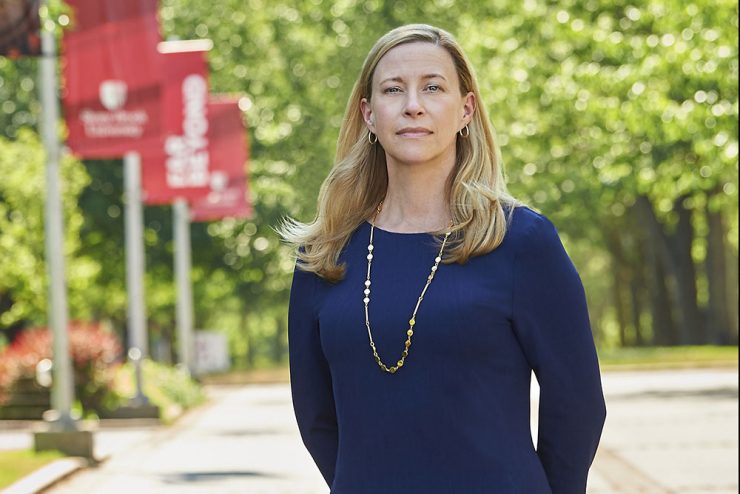 Stony Brook University President Maurie McInnis has been named a successor trustee to the Yale Corporation, the governing body for Yale University.

McInnis received her master’s degree and PhD in art history from Yale in the 1990s. Yale University President Peter Salovey announced her appointment as trustee along with that of Marta Lourdes Tellado, president and CEO of Consumer Reports.

“I am delighted and grateful that Maurie and Marta have agreed to share their deep knowledge and expertise as part of Yale’s board of trustees,” Salovey said. “Maurie brings a wealth of vitally relevant experience in higher education, including her work to build research and educational initiatives as provost at the University of Texas-Austin and the vision she’s set for Stony Brook University as its president.”

“It’s an honor to be named a successor trustee to the Yale Corporation,” President McInnis said. “Strong alumni networks, both the one I am part of at Yale and the one we’ve been building at Stony Brook, are an important part of one’s professional and personal life. Yale has been instrumental in many of my successes and I am proud to give back.”

McInnis and Tellado replace the outgoing Gina Raimondo and Lei Zhang, who have completed their time on the Yale board. The Yale Corporation is composed of the president and 16 trustees — 10 successor trustees selected and appointed by the current board and six alumni fellows nominated and elected by eligible alumni.

Office of the President