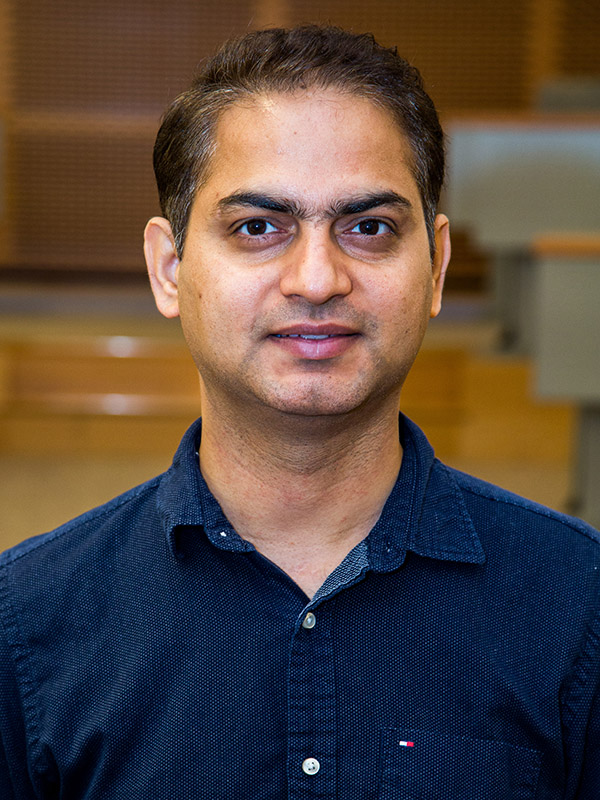 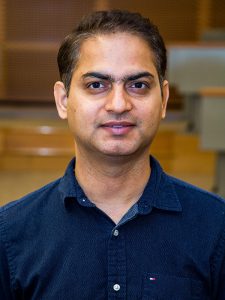 Pandey is a leading member of the National Security Institute (NSI) at Stony Brook University. He teaches security and theoretical computer science courses in the College of Engineering and Applied Sciences, and advises several graduate students. Pandey earned his PhD in computer science from the University of California, Los Angeles.

Pandey’s CAREER research focuses on how to secure our computer systems against an adversary equipped with quantum computing technology. Quantum computers can be much faster than traditional computers and can break almost all the cryptographic systems in deployment today that are used to secure data on the internet.

There is another serious problem that occurs when dealing with quantum capable adversaries. The rules of quantum mechanics imply that the state of a quantum machine cannot be exactly copied — i.e., “cloned” — without disturbing it. This is fundamentally different from our computers today where any data and code can be cloned as many times as we want without affecting the rest of the system. As a result, many cryptographic protocols in use no longer remain secure against a quantum computer because their security relies on cloning information in an unrestricted manner.

Pandey’s CAREER research also focuses on developing new techniques for proving security of cryptographic protocols without copying the quantum information. His particular focus is on achieving security “on the internet” where many programs and processes run simultaneously without the knowledge of each other. Security in this setting — often called “concurrent security” —  is difficult to achieve since the adversary can launch coordinated attacks on many users by simultaneously controlling many sessions. Pandey will investigate alternative no-cloning methods for constructing foundational tools necessary for achieving concurrent security but currently require cloning.

Working with a team of PhD students in his lab, this $400k+ in NSF research funding builds on Omkant’s early efforts as part of the NSI and broadens the reach of secure computational methodologies. To broaden the impact of this CAREER research, Omkant developed an educational plan that targets three key areas: mentoring, outreach and classroom integration. Together these efforts will have a broad impact on a number of graduate, undergraduate and high school students; teachers; and adults seeking new careers.