Office of Economic Development Consolidated Within Office of Research 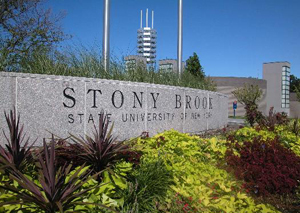 In a move designed to advance Stony Brook University’s trajectory as a driving force in the new economy on Long Island and in the State of New York, and in alignment with SUNY’s strategic goals of advancing innovation and entrepreneurship, Stony Brook University President Samuel L. Stanley Jr., announced today that the Office of Economic Development will be consolidated within the Stony Brook University Office of Research, effective April 1. The new offices of Industry-Research Partnerships & Business Services and Incubator Management & Operations will be under the leadership of Vice President for Research, Richard Reeder and assisted, in the area of economic development, by Peter Donnelly, Director of Technology, Licensing and Industry Relations in his expanded role as Associate Vice President for Technology Partnerships.

Stony Brook’s Research and Development Park is set to expand with the Innovation and Discovery Center and the Institute for Discovery and Innovation in Medicine and Engineering.  As noted by President Stanley, “This signals a new era in Stony Brook’s economic development efforts.”

The consolidated structure will provide greater leverage and effectiveness in which the newly aligned units will work collaboratively with the current Office of Research units, including the Office of Technology Licensing and Industry Relations; the Office of Sponsored Programs; the Office of Grants Management; and the Office of Proposal Development. It will also serve to align partnerships with new and existing focus areas, driven by industry, federal, SUNY, and Stony Brook research priorities. Current focus areas include engineering-driven medicine, medical diagnostics and therapeutics (including medical imaging technologies), neural implant technologies, cyber security, artificial intelligence, quantum networking, energy-sustainability technologies, development of novel materials, as well as other emerging science and engineering important to industry and the greater community.

Consolidation will also create opportunities for deeper integration with the University research community at large. Through this realignment, new collaborative opportunities will be more clearly identified based on research alignment and will draw on the outstanding researchers and facilities located at the Stony Brook University Research and Development Park along with researchers in the Renaissance School of Medicine, the College of Engineering and Applied Sciences and the College of Arts and Sciences.

“Through a tighter alignment with research priorities and deeper integration with Stony Brook’s larger research and talent communities, this collaboration will expand the University’s economic development footprint while broadening our contribution to individual, community and economic well-being,” said Dr. Stanley. “There is much potential as the economic pipeline between New York City and Long Island continues to flourish and Stony Brook’s role becomes more prominent through research, discovery, technology transfer and commercialization. Our world class researchers will have the integrated support needed to turn ideas into engines of transformational change.

“This significant transition has been made possible by Dr. Yacov Shamash as Vice President for Economic Development who recently advised me of his intention to step down from that role,” said Dr. Stanley. “Under Yacov’s 18-year leadership and with the help of our legislative partners, Senator Kenneth P. LaValle and Senator John Flanagan, we have developed the Stony Brook University Research and Development Park into a true research and development hub for companies and university researchers.”

President Stanley said that Stony Brook has been fortunate to have such an accomplished leader serve as Vice President for Economic Development for nearly two decades and that he will serve for a period of time as an Executive Advisor to the President on economic development.

“The University is grateful for all that Yacov and his team have accomplished, and for laying a strong foundation for the next phase as we expand Stony Brook University’s role as a driving force and integral contributor in technology transfer and in growing companies from the incubation stage to full maturity; serving industry needs on Long Island, and throughout New York State,” said Dr. Stanley.