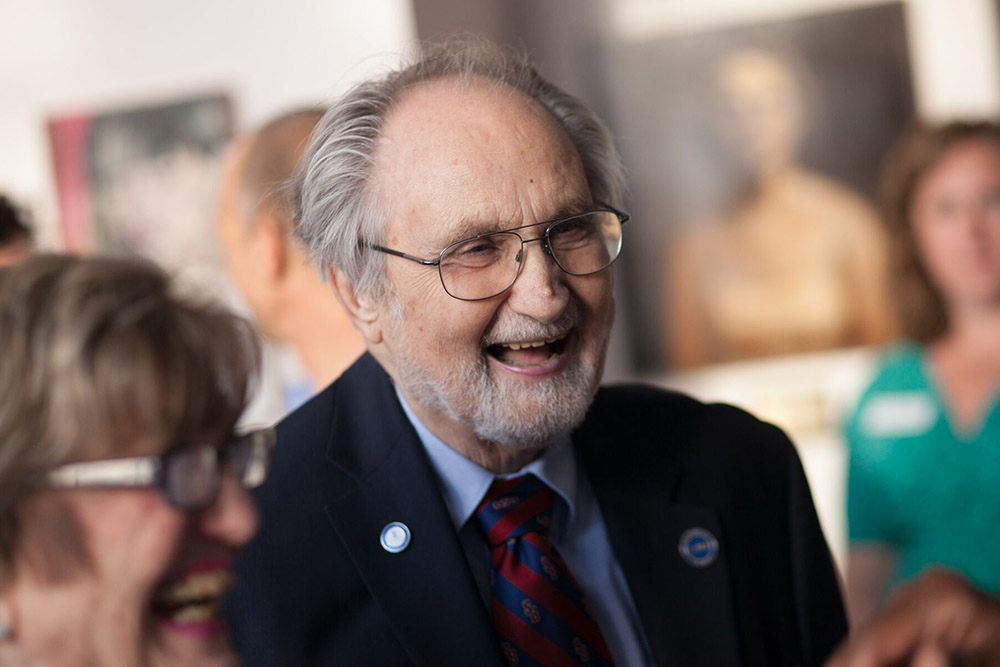 Norman Goodman, a distinguished teaching and service professor in the College of Arts and Sciences Department of Sociology who enjoyed a 56-year career at Stony Brook University, died June 26 at the age of 88.

Admired not only for his dedication to his students and his field but also for his passion and advocacy, Goodman, a sociologically oriented social psychologist, was the first person in SUNY to be awarded two distinguished professorships — one for service and one for teaching. He was one of the early members of the Department of Sociology, and was active in shaping it from the beginning. Goodman chaired the department for 20 years (from 1973 to 1989, and again from 2000 to 2004), during which time he sought to recruit others to the department. Thanks to his years of service at Stony Brook and his active engagement in the university, Goodman advised the department based on his institutional memory and firsthand knowledge of the procedures and policies.

“During his over half-century of leadership at Stony Brook University, Norm helped several generations of faculty, staff, and students understand the importance of university governance,” said Nancy Tomes, SUNY distinguished professor of history and University Senate president from 2018-2020. “During my term as president of the University Senate, he inspired me and challenged me to do the best job I could. Although we sometimes disagreed, we did so with deep appreciation for the other’s point of view. Norm was my mentor and my friend. I will miss him greatly.”

Frederick Walter, president of the University Senate from 2010-2014, said that Goodman was a significant presence and a “fount of knowledge” about the university and its governance. “Norm was adamant that the staff were as important to the university as the faculty and were owed a prominent role in governance,” Walter said. “We owe him a big debt of gratitude, and I for one will miss him.”

“Norm Goodman was a good man who was tireless in his caring for others,” said Edward Feldman, associate professor of clinical family, population and preventive medicine and University Senate president from 2014-2018. “He will be sorely missed. Those who knew him are better people as a result of our relationship with him.”

Goodman once said that he was particularly proud of his role in facilitating Stony Brook’s transition to a major, internationally renowned institution of higher education and being a major player in the effort to ensure that campus policies and practices are established through a process of shared governance.

Goodman was the author/co-author/co-editor of 10 books, including four textbooks in Introductory Sociology and two textbooks in Marriage and the Family. Goodman also served on the SUNY Distinguished Academy Board from its conception until his retirement last year.

“Norm was an inspiring figure, an impressive stalwart with a tremendous legacy,” said Nkiru Nzegwu, chair of the board of the SUNY Distinguished Academy and a distinguished professor at Binghamton University. “His thoughtful comments moved discussions forward, and his willingness to always speak his mind displayed his deep and abiding commitment to the Distinguished Academy both as an organization that represents the best of SUNY faculty and campuses, and one with an abiding mission of excellence that served the State as a whole.”

Read further reflections from SBU faculty on the next page: 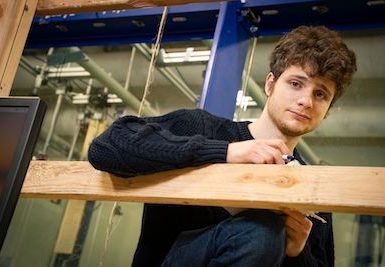 Ephraim Bryski ’22 — the URECA researcher of the month for December 2021 — is a senior civil engineering major who joined the Coastal and Hydraulic Engineering Research Lab of Ali Farhadzadeh, assistant professor...