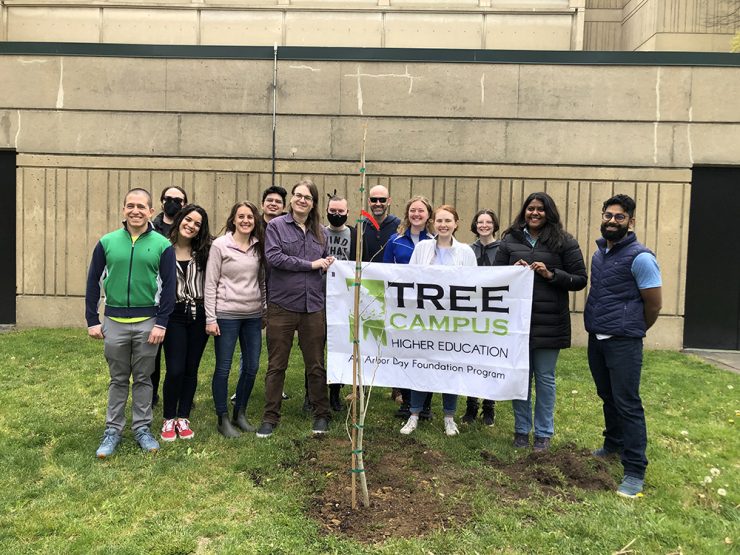 Stony Brook University’s Department of Geosciences recently partnered with the Department of Campus Operations & Maintenance for an “out of this world” Arbor Day celebration in honor of the university being named a 2021 Tree Campus Higher Education Institution for the ninth consecutive year. 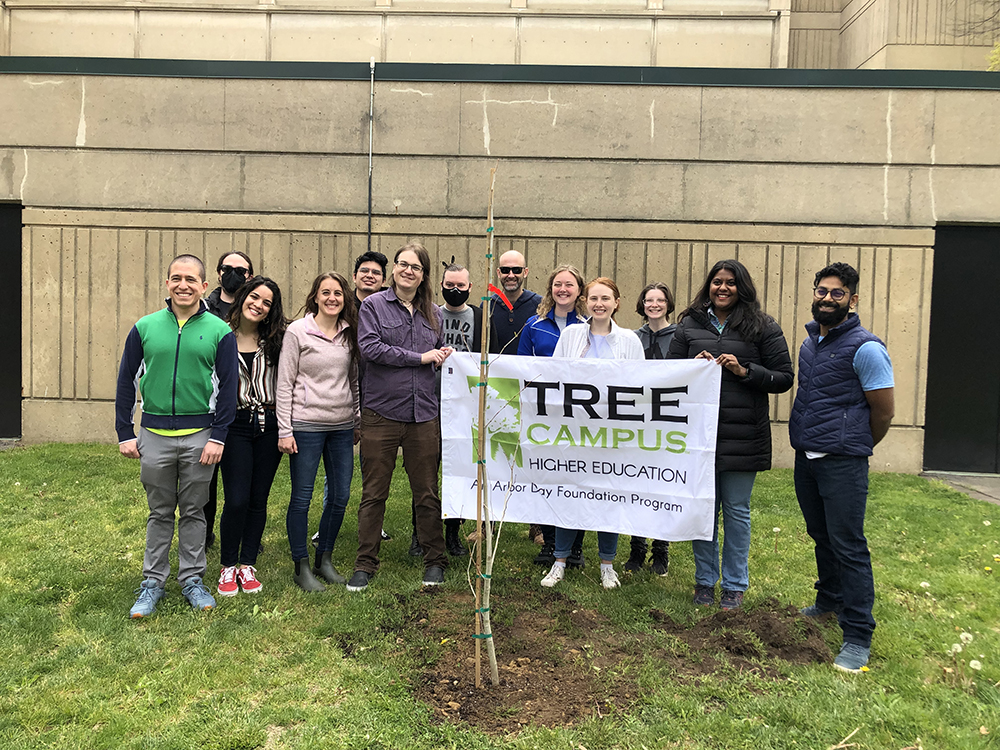 Professor of Geosciences Timothy Glotch worked closely with Stony Brook’s Special Project and Campus Hardscapes Manager Michael DeBlasi to source and purchase a second-generation Moon tree, grown from an established first-generation Moon tree rooted at Mississippi State University. The sycamore sapling was planted on May 3 behind the Earth and Space Sciences Building with help from several geosciences students and researchers.

Original Moon trees were planted from seeds brought around the Moon in 1971 aboard Apollo 14. While this was the third U.S. Apollo mission to land on the surface of the Moon, the flight was unique in one way — it was the first time tree seeds were taken aboard with the intent to later germinate Moon trees. Apollo 14 Command Module Pilot Stuart Roosa, a former U.S. Forest Service smokejumper, carried approximately 500 tree seeds with him on the journey into space.

After the flight, the seeds were delivered to two forest service stations, one in Mississippi and one in California, where almost all germinated successfully. Over the years, many Moon trees have been given away to state forestry organizations to be planted as part of the nation’s bicentennial celebration, and now Stony Brook is lucky enough to have a second-generation Moon tree as part of the campus landscape.