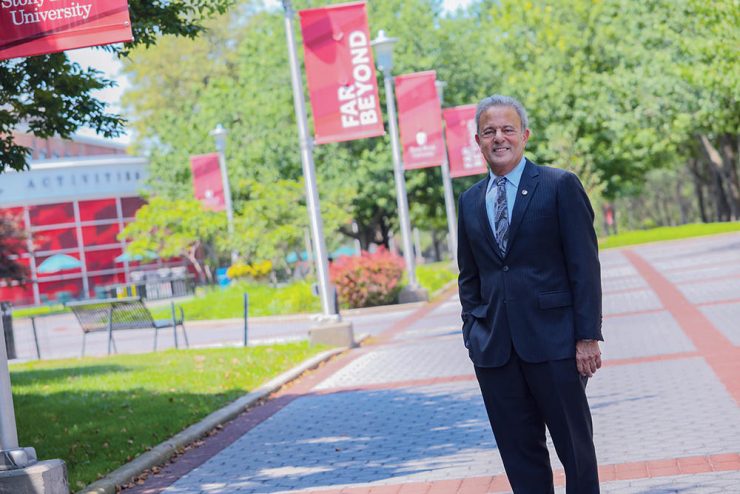 Michael Bernstein, who has been serving as Interim President of Stony Brook University since August 1, 2019, will continue his tenure as Provost and Senior Vice President for Academic Affairs, effective July 1, 2020.

“I deeply appreciate the strong leadership Michael has demonstrated as Interim President,” said President-Elect Maurie McInnis. “During this especially difficult time, he has met the unprecedented challenges posed by the COVID-19 pandemic with empathy and decisive action.”

“Michael’s willingness to remain at Stony Brook for up to a year maintains continuity and ensures the stability of the planning process for the upcoming academic year,” she said.

Two teams of astronomers, including Stony Brook’s James M. Lattimer, have made a compelling case in the 33-year-old mystery surrounding Supernova 1987A.

If the coronavirus pandemic has taught us anything it is that our students are amazingly resilient. In defiance of all the difficulties they have faced, the Class of 2020 has chosen to rise up and continue to make a...

Sascha Rosin ’21, a marine sciences major and sustainability studies minor, was left with few employment options this summer after COVID-19 shut down many New York businesses. So when her plans for a traditional summer...