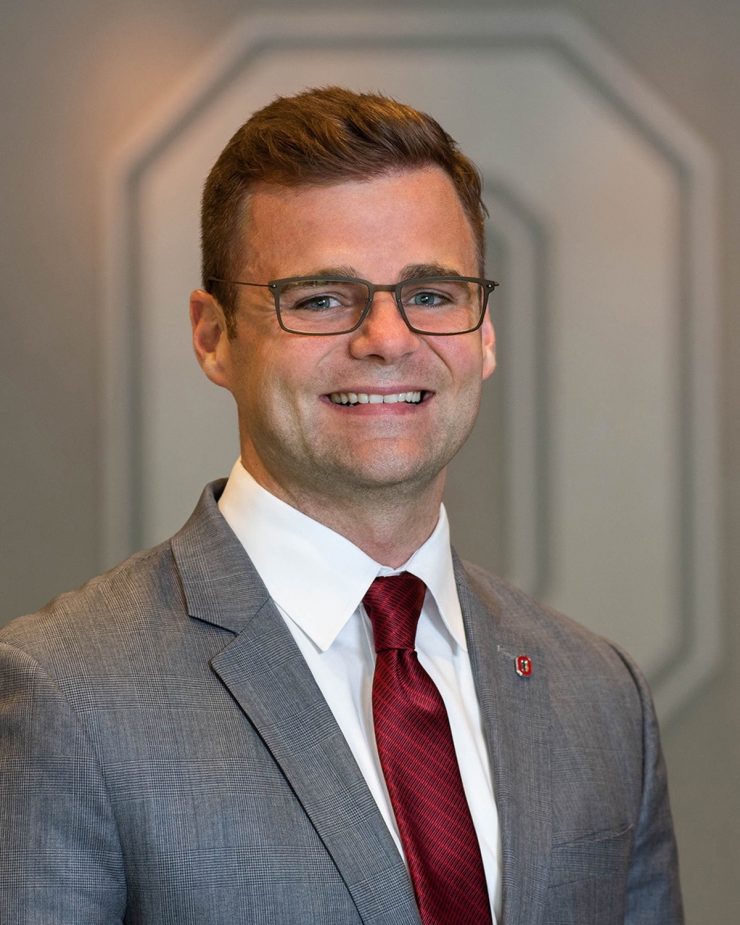 “In Justin Fincher, we have found someone with incredible experience and who shares our University’s values,” said President McInnis. “Not only is he a leader in higher education with a growing national reputation, his education and career have been shaped by public universities, which he believes create opportunity and make a meaningful impact like no other educational institutions. I look forward to welcoming Justin to campus, where he will play a key leadership role in the Stony Brook Foundation and help the University, Stony Brook Medicine, and the Long Island State Veterans Home realize all of our ambitious aspirations in research, teaching, and service.”

Since 2013, while at The Ohio State University (OSU), Fincher has been responsible for strategy, operations, and resources to mobilize multibillion-dollar campaigns effectively and engage hundreds of thousands of alumni and donors in developing philanthropic support for the institution’s mission and goals. In that role, he manages a team of 125 staff and cultivates philanthropic support for academic departments and medicine.

He led the successful conclusion of OSU’s previous $3 billion campaign, one that engaged 750,000 donors, and oversaw the planning and launch of its latest $4.5 billion campaign. He served as chief operating officer of the OSU Alumni Association and worked closely with its board, and is providing interim leadership for the 80-person fundraising team for Ohio State’s Wexner Medical Center and Health Science Colleges, which raises $200 million annually. Before his work at OSU, Justin held leadership roles at Rutgers University and Johns Hopkins University.

A higher education leader with a growing national reputation in the advancement profession, Justin is an active volunteer leader in the Council for Advancement and Support of Education (CASE). He also developed and leads the Advancement Leadership Lab, a joint venture of nine public research universities to accelerate the growth of senior leadership in their advancement organizations.

Justin earned his bachelor’s degree in biological sciences from Rutgers University. He earned his master’s in college student personnel and PhD in higher education administration, both from the University of Maryland. He has taught and advised master’s and doctoral students at Maryland and Ohio State.

“I believe in the power of public research universities to develop engaged citizens who make a meaningful difference within their communities,” said Fincher. “Stony Brook has been on a remarkable journey, and I am thrilled to join President McInnis and a passionate team that is poised for continued growth. My family and I look forward to joining the Stony Brook family and meeting members of the campus community, alumni, and friends.”

Leave a Reply to Transitions: Loyola U. Maryland Names New President; Gonzaga U. Provost to Step Down - US Wall Post Cancel reply