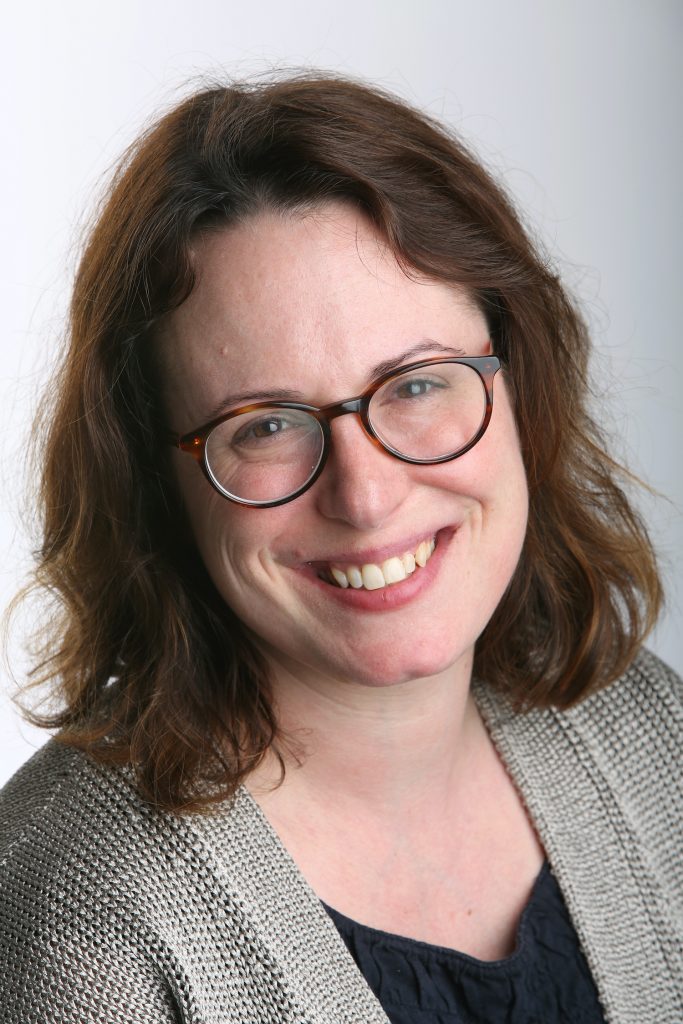 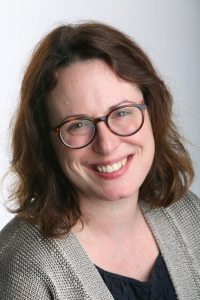 Maggie Haberman, White House correspondent for The New York Times and a 2018 Pulitzer Prize winner, delivered the latest lecture in the Stony Brook School of Communication and Journalism “My Life As” speaker series.

Haberman spent an hour on April 7 discussing her political reporting career and work covering the Trump White House, offering observations on the state of modern journalism and bestowing advice upon the reporters of the future.

“Journalism was not my first career choice in life,” said Haberman. “I had dreamed of being a fiction writer. My father is a journalist and I had a very clear sense from growing up of what journalism can be like for families.”

Haberman described an education that began with a rocky start at Trinity College before arriving at Sarah Lawrence College, from where she would ultimately graduate, and her first job as a clerk at the New York Post.

“The transition from moving from one school to another stayed with me when I became a reporter,” she said. “I considered my time at Trinity to be a failure, but what I learned is that you can just lie down in failure, or you can get up and start fresh. So that’s what I did.”

And though a Pulitzer Prize was in the future, her career, similarly, did not get off to an auspicious start.

“I distinctly remember complaining about the work that first day,” she recalled. “I was shuffling papers back and forth, I was fetching coffee and I was sorting mail. I told myself that this was not what I went to college for. But 48 hours later I was hooked on the energy of the newsroom and I had fallen in love with the place.”

As a clerk, she was sent once a week on general assignments and the experience was transformational.

“I was born and raised in New York, but as a reporter-in-training I experienced it in a way that I never had before,” she said. “I went to parts of the city that I had never seen and talked to people I had never encountered.”

Three years later, the 9/11 attack on the World Trade Center fundamentally altered the discourse in the U.S., and altered the path of Haberman’s career. In the following weeks, there was also the New York City mayoral race, and Haberman was assigned to cover first-time candidate Mike Bloomberg.

“I was not happy,” she said. “I kept complaining that he was a ‘laugher’ candidate and that he had no chance to win. I thought they assigned him to me because they didn’t take me seriously. My editors were doing exactly what they should have been doing, but sometimes we don’t see that at the time.”

Though Bloomberg was dismissed by many, the endorsement by mayor Rudy Giuliani, whose performance after the attacks was applauded around the globe, helped Bloomberg win.

“The experience of covering that race for me was a very early lesson that ‘groupthink’ is very dangerous for journalists,” she said. “Unforeseen events can often change that which seems like a foregone conclusion. It was my first but certainly not my last reminder to keep an open mind. It’s important not to assume you know what the outcome is going to be of anything.”

An opportunity to work at Politico came in 2010. Haberman would find that her time at the Post had been invaluable not just for the experience, but because it enabled her to cross paths with Donald Trump, a tabloid fixture, and those who would eventually work on his campaign.

“Since I knew the characters I had the ability to navigate the often disorienting world of the Trump Administration that became very familiar for journalists who had not encountered that before,” she said. “I covered him in 2015, in part because nobody else was interested in covering him, and also because he was saying things that I thought were important to hold him accountable for, particularly about Latino immigrants and Muslims. Eventually he became the nominee and I had moments where I believed he had a shot at winning the general election. It was a reminder about processing what you are seeing, not what the group around you is saying.”

“It’s so important for reporters not to be rigid in their thinking,” she said. “As you process your thoughts and work toward conclusions about your reporting targets, it’s really important to account for what you might not be seeing, not just account for what is in front of you. When I conclude interviews, I always ask the person if there’s anything I forgot to ask.”

Haberman took questions from attendees, the first asking what advice she had for aspiring journalists.

“Be open to taking a job that is different than what you think you’re going to get,” she said. “It’s incredibly important to get your foot in the door and start getting bylines because that leads to other jobs. Every news outlet, cable station and broadcast network has a website and a digital division. These can be terrific places to work and to learn.”

Haberman also encouraged journalists to not take rejection to heart.

“If you don’t get a job right away, it’s a little like what you experience as a reporter,” she related. “You might make 20 phone calls and maybe two will get answered, but you have to keep going. Stick with it.”

“Recognize that your future employers are going to look at your Twitter feed as a source of information about you,” she warned. “That wouldn’t have happened in the past. Don’t post anything on Twitter that you wouldn’t be comfortable defending yourself in a debate. Take a second to think about what you’re saying and remember that somebody out there is going to go back through your tweets. Be careful.”

Asked about the challenge of ensuring accuracy and quality in a world with demanding deadlines, Haberman replied, “You have to remind yourself to slow down. Your stories need to be bulletproof. It’s important to ask yourself if you can answer every question. It sounds like basic stuff, but if you can wait a day, do it. You will only make your reporting better by giving it a day and doing additional work.”

She also offered comments on improving journalism education and an overall better understanding of what journalism is.

“I wish schools were teaching news literacy,” she said. “Not just colleges and journalism programs, but high schools and elementary schools. And not just what reliable news sources are, but the way news gathering works. It’s one of the most mysterious professions because of how we get information and how we protect people who provide us that information, which is often at a detriment to themselves. But bad actors have exploited journalism and that’s a concern.”

Haberman concluded with one final thought on the very nature of truth.

“We talk a lot about people’s ‘personal truths’ and we all have them,” she said. “But it was vital over the past four years to try to capture ‘objective truth.’ For people reading our coverage and for history, as we were covering a president who described any story he didn’t like as ‘fake news’ and repeatedly called us ‘the enemy of the people’ but a stunning number of people accepted what he said and believed him. But they frequently called falsehoods facts and misrepresented truths that were established. So the hunt for a baseline of fact was often impeded. One of the things that I found so jarring after 2016 was that the country was moving away from agreed upon facts. People might have different opinions but they would agree that I’m sitting here talking to you right now and not argue about that. And now even the nature of that is up for debate. What we had over the past four years was a national controversy about the nature of truth. It is not always pretty and it’s not always easy, but it is there. And it’s vitally important not to dilute it with emotion or hyperbole because it can lose its power.”

school of communication and journalism 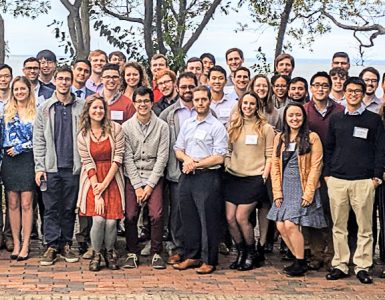