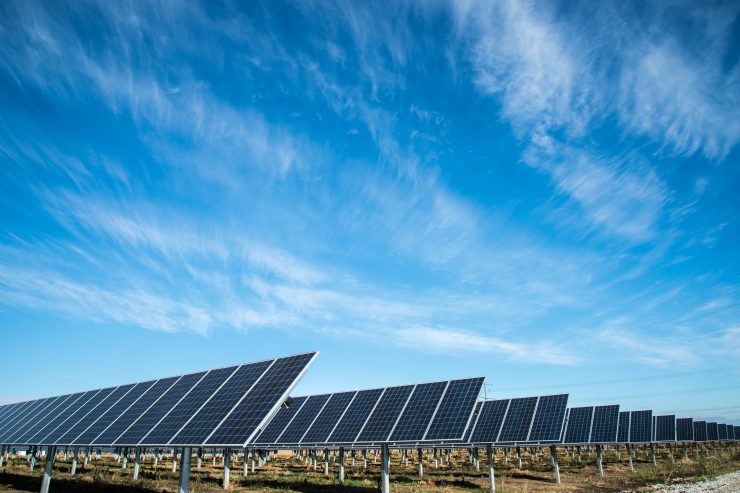 The world will need to deploy renewable energy at an unprecedented speed and scale in the future to reduce carbon emissions that are driving climate change. The option of solar energy promises to play a crucial role in achieving a sustainable, low-carbon energy future, especially if the price of production continues to decline as it has over the last 40 years.

A new study published in Nature by a team of scientists including Gang He, assistant professor in the Department of Technology and Society in the College of Engineering and Applied Sciences at Stony Brook University, supports this concept. Findings from the paper reveal that the globalized supply chain of solar photovoltaics saved countries $67 billion in solar module production costs. The study also found that if strong nationalistic policies that limit the free flow of goods, talent and capital are implemented going forward, solar panel costs will be much higher by 2030.

He estimates that according to the team’s findings, unit solar module prices in 2030 would be approximately 20 to 25 percent higher in each country if transit is manufactured domestically compared to a future with globalized supply chains.

The study looked at historically installed capacities as well as input material and sales price data for solar modules deployment in the U.S., Germany and China — the three largest solar-deploying countries. The research team estimated that a globalized solar supply chain saved the countries a combined $67 billion — $24 billion in savings for the U.S., $7 billion in savings for Germany and $36 billion in savings for China from 2008 to 2020. Had each of the three countries adopted strong nationalistic trade policies that limited cross-border learning over the same time period, solar panel prices in 2020 would have been significantly higher — 107 percent higher in the U.S., 83 percent higher in Germany and 54 percent higher in China — the study found.

“What this study tells us is if we’re serious about fighting climate change, policymakers need to implement policies that promote collaboration across global value chains with regard to scaling up low-carbon energy technologies,” said John Helveston, lead author of the study and assistant professor of Engineering Management and Systems Engineering at George Washington University. “While this study focuses on one industry — solar — the effects we describe here are applicable to other renewable energy industries, such as wind energy and electric vehicles.”