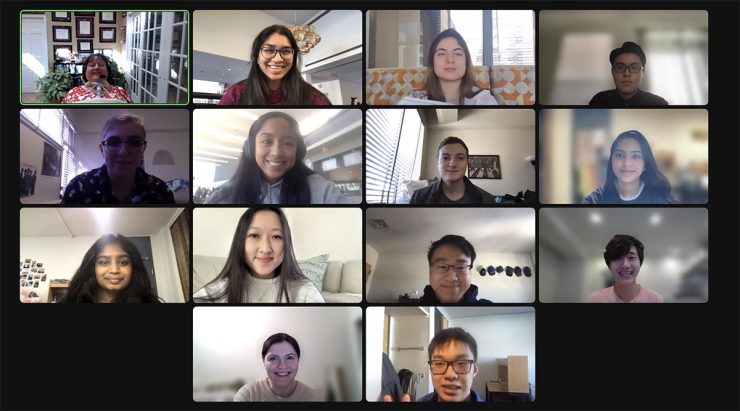 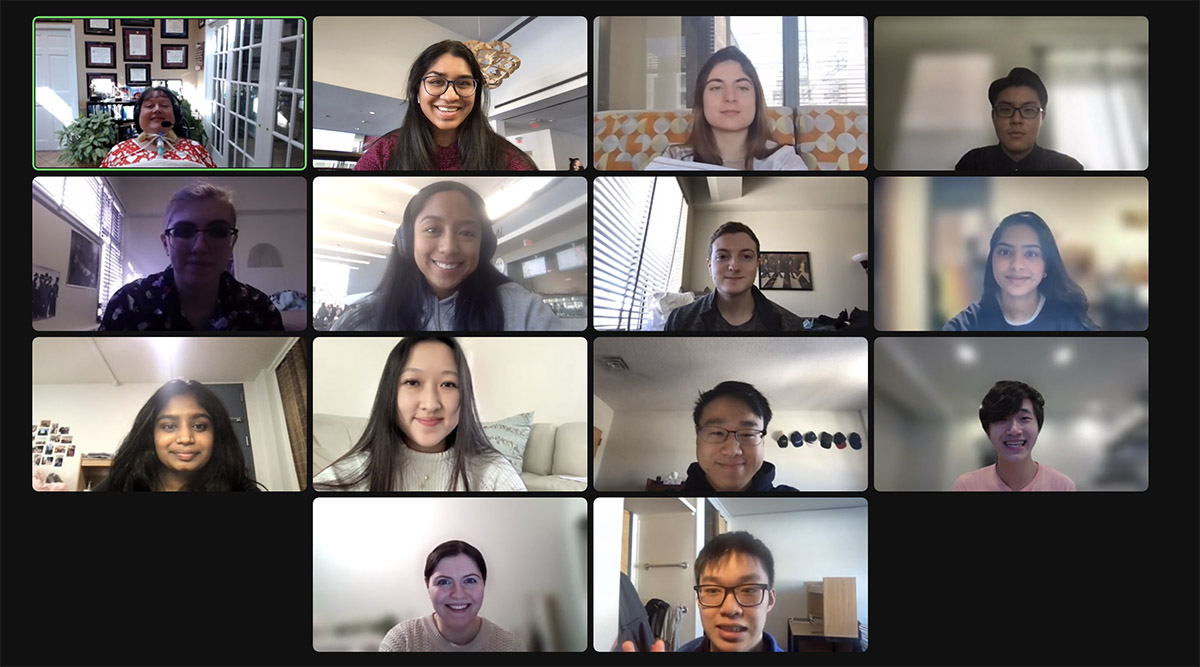 While it’s somewhat common for university students to say that a particular class was transformative for them and their own personal trajectory, it’s less common for students to leave a class with a sense that the things they learned in it could be transformative for the world at large. But that’s exactly how Ruchitha Arvapally, a junior studying biochemistry and economics, felt when she was a member of the Inclusion in Innovation (I3) team last semester.

“It gave me a whole new perspective on how I look at places, especially on campus,” Arvapally said. “Now there’s just this new side of them that’s like, ‘that’s not right’ about things that I wouldn’t have noticed before.”

The Inclusion in Innovation team is one of several in the Vertically Integrated Projects (VIP) Program, and is focused on student-created technological innovations that could potentially help meet one or more of the needs of people with varying disabilities, particularly around accessibility issues.

Undergraduate and graduate students apply to be part of a VIP project team, each of which has a faculty mentor. The I3 team is the brainchild of Brooke Ellison, associate professor and interim program director of the PhD program in Health and Rehabilitation Sciences at Stony Brook University’s School of Health Professions. Ellison said she was asked by Distinguished Professor Miriam Rafailovich if she would be interested in creating a specialized integrated project course on the subject of her research and life’s work.

The theme of the course is of particular significance to Ellison, who at the age of 11 was hit by a car and permanently lost the use of her body from the neck down. For Ellison, technology like what is being explored by the Inclusion and Innovation team has been a lifeline for helping create the life she has dreamed of.

“I didn’t really fully understand at that time how much technology was going to be a part of my life, how much it was going to influence my ability to get to where I needed to be and do the things that I needed to do,” Ellison said.

Ellison is also a published author and was a candidate for the New York State Senate in 2006, focusing on issues like healthcare and stem cell research. In 2014, as a result of the work she had done on stem cell research and disability, she was chosen to be a World Economic Forum Young Global Leader.

Her I3 team focused on two particular projects. The first was about accessibility in video games, which on first glance may seem to be a bit frivolous. However, students came to this particular project after reflecting on how isolating many disabilities can be.

“We were looking at the way people with disabilities have to face a lot more barriers that limit their social network,” Arvapally explained. “So, we thought a good way to combat the problem would be gaming because it is an online platform, and it allows you to reach out to a bunch of other people with a shared interest.”

The second project arose from the students’ own growing awareness of just how inaccessible much of the world can be, particularly for people with mobility issues. This project centers around the creation of an assessment scale that can be utilized to determine how accessible a particular space is to people with varying disabilities.

For Arvapally, this project was a natural step, as the entire theme of the class had already shifted her perspective toward noticing accessibility, or the lack thereof, in ways she hadn’t before. She also credits it with helping her make connections between the struggles that people with disabilities often face and her careers goals around addressing health disparities.

For Ellison, the VIP I3 team is just the beginning of a series of new and exciting opportunities. She was recently a keynote speaker at the International Persons with Disabilities Day, speaking to policymakers and legal experts about her personal experiences and how to make our society more inclusive of people with disabilities.

This past January, she also published another book, an autobiography entitled Look Both Ways, that discusses her life, the accident that left her paralyzed, and the determination that led her to becoming an advocate and academic championing the rights of people with disabilities. She will be giving a Grand Rounds lecture through Stony Brook University Hospital on Thursday, February 24, at 4:30 pm on Zoom, discussing the lessons incorporated in the book. RSVP at the online registration form or email bioethics@stonybrookmedicine.edu.

“It’s impossible to talk about technology without talking about disability and vice versa,” Ellison says. “Technology often exists as the bridge in people’s ability to participate in the world.”