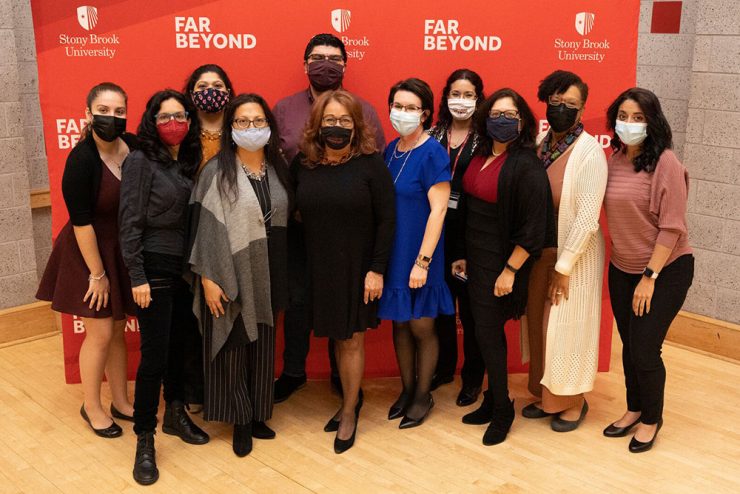 Hispanic Heritage Month at Stony Brook University concluded on Monday, Nov. 1, with its 32nd annual awards and dinner, and a closing ceremony that featured Alejandra Castillo ’92, who was sworn in as U.S. Assistant Secretary of Commerce for Economic Development in August.

Castillo, the first woman of color ever appointed to that position, participated in a virtual Fireside Chat moderated by Angelina Sapienza ’24, a Marine Vertebrate Biology major and social and cultural chair of the Latin American and Caribbean Studies student organization. She spoke about her time at Stony Brook, the importance of the support of the Hispanic community and the challenges they face.

“My attending college at Stony Brook was a first for my family,” she said. “It was a lot of pressure, but beyond the individual achievement, our success sets the stage for our cousins, siblings and our community.”

Castillo said that as a country, we need to do better in terms of diversity, equity and inclusion, and cited the importance of President Joe Biden’s early executive message to the entire federal government on how critical equity is.

“One of our primary investment priorities is equity,” she said. “But that won’t solve hundreds of years of inequity. It’s going to be a long road and one on which we need to be laser focused, and, at times, unapologetic. In order to change paradigms, it’s going to get uncomfortable, and being uncomfortable is how you drive change.”

“As the administrator of economics at the time, I had the honor and pleasure of meeting a young woman named Alejandra Castillo who was not only in the major, but also a member of the Latin American Student Organization,” said Lynda Perdomo-Ayala, administrative head of pharmacological sciences in the Renaissance School of Medicine. “I was quickly captivated by a brilliant young woman who was mature beyond her years. Today, her background is rich and her experience has been boundless, but her humbleness is still intact. She will forever be that young undergraduate student with big dreams, focus and love for her culture.”

The ceremony also included dinner and a performance by Jubilé Latino, a Latinx-Afro infused dance team that focuses on embracing and appreciating Latin culture.

At the annual awards ceremony, a variety of awards and scholarships were presented to faculty, staff and students. Winners included: 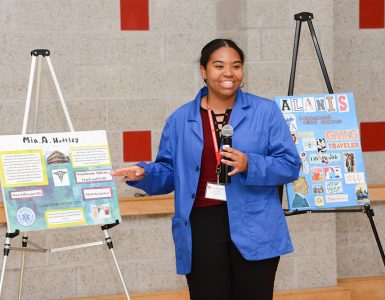