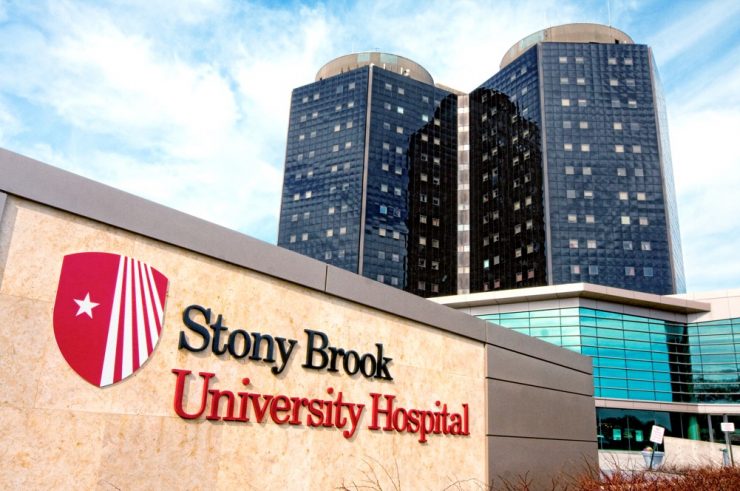 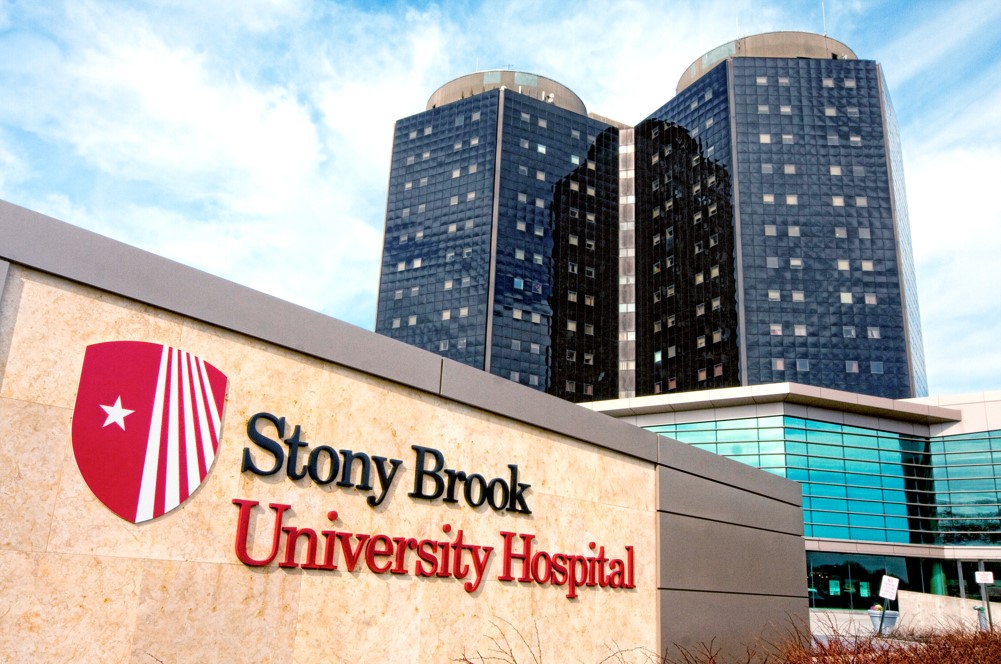 Stony Brook University Hospital (SBUH) has achieved the highest level of national recognition as one of America’s 50 Best Hospitals for 2023, according to new research released by Healthgrades. This places SBUH in the top one percent of hospitals in the country.

“I’m delighted with this significant accomplishment, which places us among the top one percent of hospitals in the country,” said Hal Paz, MD, executive vice president for health sciences, Stony Brook University, and chief executive officer, Stony Brook University Medicine. “It reflects the ongoing efforts of everyone across our hospital to continuously deliver outstanding clinical outcomes and an unwavering dedication to our patients.”

“The exceptional care found at Stony Brook University Hospital is only possible when a hospital commits to high standards of quality and continuous improvement throughout the organization,” said Carol Gomes, chief executive officer for Stony Brook University Hospital. “I am grateful to our physicians, nurses and all staff for their tireless hard work, dedication and commitment to excellence.” 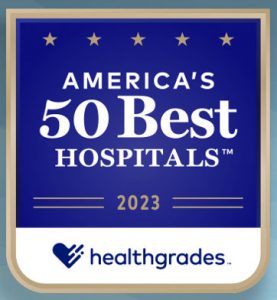 “We’re proud to recognize Stony Brook University Hospital as one of America’s 50 Best Hospitals for 2023,” said Brad Bowman, MD, chief medical officer and head of data science at Healthgrades. “As one of America’s 50 Best Hospitals, SBUH consistently delivers better-than-expected outcomes for the patients in their community and is setting a high national standard for clinical excellence.”

Healthgrades evaluated patient mortality and complication rates for 31 of the most common conditions and procedures at nearly 4,500 hospitals across the country to identify the top-performing hospitals. This year’s analysis revealed significant variation between America’s Best 50 Hospitals and hospitals that did not receive the distinction. In fact, if all hospitals performed similarly to America’s 50 Best, over 150,000 lives could have been saved.*

These newest national and state rankings come on the heels of Healthgrades naming SBUH as one of America’s 50 Best Hospitals for Cardiac Surgery™, now for two years in a row (2022-2023). SBUH is one of only two hospitals in New York State to be named among America’s 100 Best Hospitals for Cardiac Care™ for nine years in a row (2015-2023). For more information, visit heart.stonybrookmedicine.edu/healthgrades.

SBUH is also proud to be the only hospital in New York State to be named one of America’s 100 Best Hospitals for Stroke Care for eight years in a row (2016-2023). In addition, Healthgrades 2023 rankings named SBUH as the #2 ranked hospital in NY for both Neurosciences and Stroke Care for 2023 — and one of only two hospitals on Long Island* in the top five (Long Island is defined as Nassau and Suffolk counties.) See other Stony Brook Neurosciences Institute-related Healthgrades achievements at neuro.stonybrookmedicine.edu/strokehealthgrades2023.

Additionally, for 2022 SBUH received a 5-star rating for hysterectomy procedures, Healthgrades found that there is a significant variation in hospital quality between those that have received 5 stars and those that have not. For example, patients having a hysterectomy in hospitals with 5-stars have, on average, a 65.1 percent lower risk of experiencing a complication while in the hospital than if they were treated by hospitals with 1-star. For more women’s health-related Healthgrades achievements, visit womenshealth.stonybrookmedicine.edu/news/healthgrades.

“Year after year, our hospital’s Heart Institute and Cerebrovascular and Comprehensive Stroke Center continue to shine, providing a level of care few hospitals anywhere can match,” said Dr. Paz. “And our five-star rating for hysterectomy places us among our nation’s hysterectomy leaders.“

*Statistics are based on Healthgrades analysis of MedPAR data for years 2019 through 2021 and represent three-year estimates for Medicare patients only.