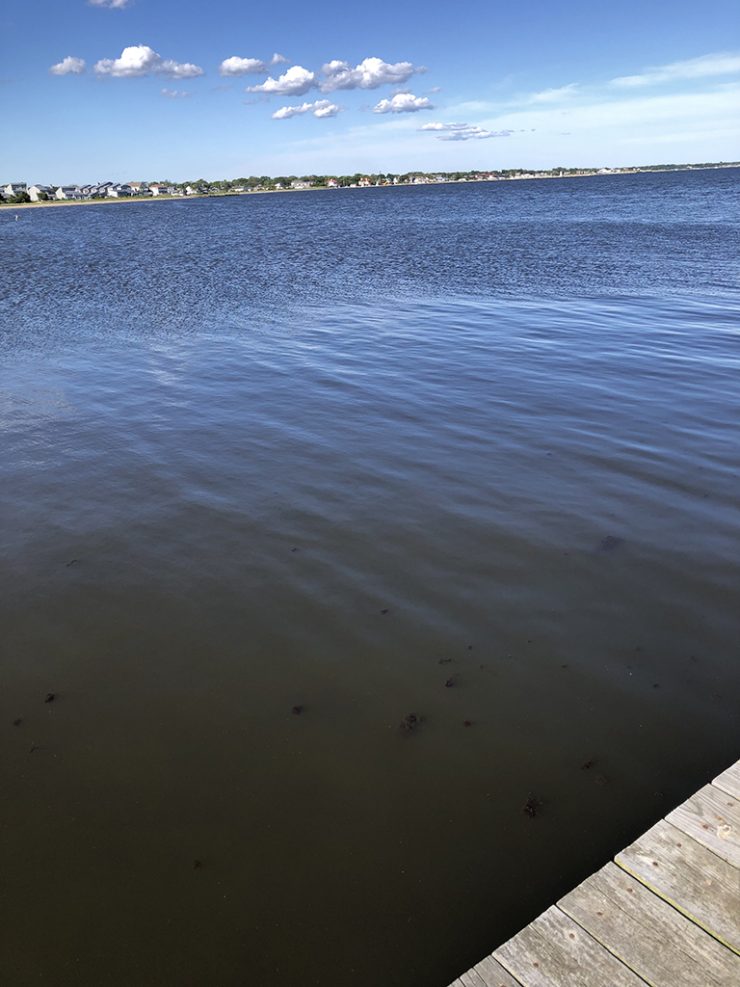 STONY BROOK, NY, June 25, 2021 — An intense and damaging brown tide has erupted across Great South Bay on the south shore of Long Island. Monitoring by The Gobler Laboratory at Stony Brook University has revealed that a brown tide has rapidly intensified to more than 300,000 cells per milliliter in Patchogue Bay as of June 23. These are the highest brown tide cells counts recorded on Long Island on since 2017. Densities exceeding 100,000 cells per milliliter were present from Bellport to Sayville.

The brown tide alga, Aureococcus anophagefferens, has been notorious on Long Island having caused the demise of the largest bay scallop fishery on the US east coast in the Peconic Estuary, the loss of eelgrass across Long Island, and the inhibition of hard clam recovery efforts in Great South Bay since the 1990s. Densities above 35,000 cells per milliliter are harmful to marine life, particularly hard clams. Brown tide densities above this threshold were found from Sayville to Patchogue in Great South Bay this past week, with lower levels to the east and west of this region.

“This is the most intense and widespread brown tide in four years,” said Christopher Gobler, PhD, the Endowed Chair of Coastal Ecology and Conservation in the School of Marine and Atmospheric Sciences at Stony Brook University. “The timing of the current brown tide is particularly troubling for hard clam populations, as June marks the once per year event when they reproduce, and newly spawned hard clams are highly vulnerable to brown tides. The fate of these young-of-the-year clams may rest on the duration of the current brown tide which usually intensifies through June and into July until water temperatures get into the mid-70s.”

Decades of research on brown tide at Stony Brook University has identified high levels of organic nitrogen and poor flushing as factors promoting blooms on Long Island. And while the new ocean inlet in Great South Bay has improved water quality in Bellport Bay, that inlet is getting smaller and has never improved water quality in central Great South Bay.

“Great South Bay has the precise combination of conditions that leads to brown tides and other harmful algal blooms: Intense nitrogen loading from household septic systems into a shallow water body that is poorly flushed by the ocean,” said Gobler, “As efforts by Suffolk County move forward to address septic nitrogen loading, this region should improve as a result.”