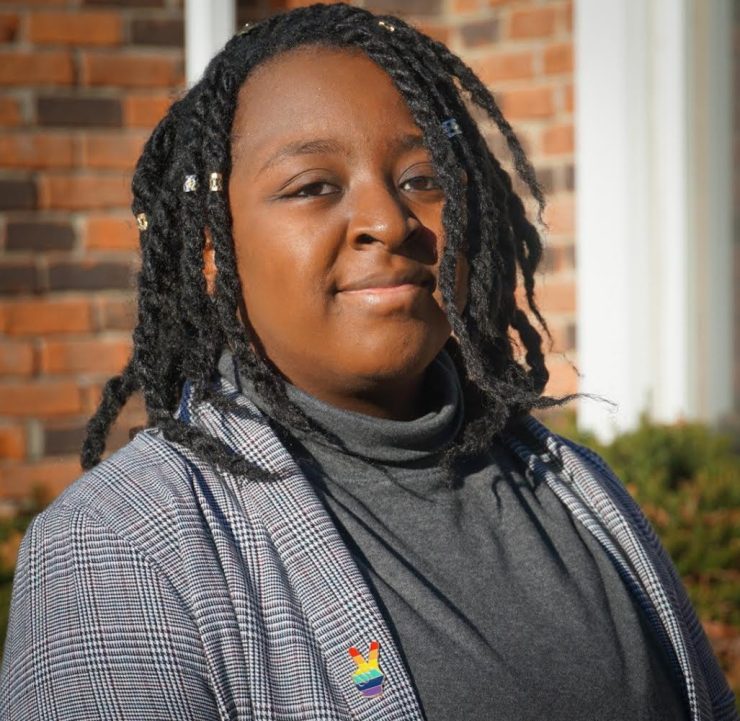 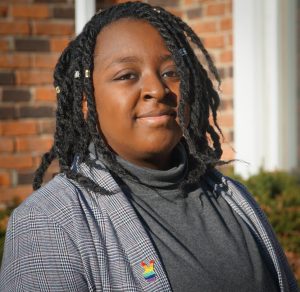 Gabriella Mayers ‘21 recently won the prestigious Rockefeller Institute of Government’s Future Leaders in Policy competition, which challenged SUNY students to think about the policy implications of their research. They pitched policy proposals, based on their expertise, to New York State policymakers. The winners were invited to publish a blog based on their proposal.

Mayers, who graduated from Stony Brook with a degree in sociology and uses they/them pronouns, presented a policy and research paper that gave recommendations for how to better support LGBTQ+ people of color in America, specifically with regard to mental health. The paper, which was subsequently published on the Rockefeller Institute of Government website, made recommendations such as enforcing mental health practitioners to receive specific training with regard to working with LGBTQ+ people of color, as well as the establishment of a task force to learn more and make recommendations about the barriers to mental health access often experienced by this community.

“I’ve been working on this for two years, and even with all the research that I’ve done, I still feel that there’s an underwhelming amount of research out there, some of which is outdated,” Mayers said. “So that’s why I believe it’s really important to have this kind of study funded, so we can make the appropriate recommendations and fully understand why it’s so difficult for LGBTQ+ people of color to access quality, mental health care.”

The research and subsequent policy recommendations were the result of an independent study Mayers had taken under the supervision of Crystal Fleming, professor of Sociology and Africana Studies in the College of Arts and Sciences. Mayers and Fleming met during Mayers’ first semester at Stony Brook in a class on racism and ethnic relations. Mayers credits this class with totally shifting both their perspective and their career trajectory.

“I realized that a lot of the things that she talked about in and outside of her class and in her book [How to Be Less Stupid About Race: On Racism, White Supremacy and the Racial Divide], intersected with what I was interested in,” Mayers explained. “Ultimately her class influenced my decision to change my major to sociology.”

Fleming was equally impressed with Mayers, who showed great dedication during the early days of the COVID pandemic. “What was extraordinary about Gabby, is that this independent study happened in Spring 2020 …they were determined and very passionate about continuing the work and bringing it to completion,” Fleming said.

The project Mayers worked on under Fleming’s guidance became the basis for the policy and research paper that ultimately won them the competition. However, that win is far from the end of this project, as far as Mayers is concerned. They are currently in the process of applying for master’s degree programs in public health, with an eye for continuing this important research and earning a PhD in sociology further down the line.

“Gabriella was an incredibly serious student who was just a pleasure to know and to work with,” said Catherine Marrone, senior lecturer and director of undergraduate studies, Department of Sociology. “They have a maturity, perspective —and insight —that is beyond their years.”

“This is just the beginning, and I’m just getting started,” Mayers said. “This is a long-term goal of mine that I am 100 percent dedicated to.”

College of Arts and Sciences sociology