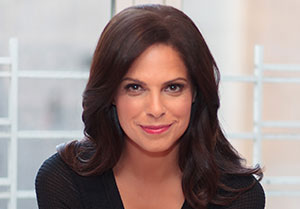 “This is a remarkable distinction for the class of 2016, to be joined by individuals who personify what Stony Brook embraces — the relentless pursuit of excellence and commitment to make a real difference,” said Stony Brook University President Samuel L. Stanley Jr.

“Eric Holder embodies the progress and values of our country through his strong leadership and legacy of justice and fortitude. Soledad O’Brien exemplifies the vision of our University as she is actively engaged in the critical issues of our time — initiating and exploring important national conversations. I am looking forward to officially welcoming Eric Holder and Soledad O’Brien as fellow Seawolves.”

Holder, the 82nd Attorney General of the United States of America, served under the leadership of President Barack Obama from 2009 to 2015. Originally from the Bronx, New York, Holder graduated from Stuyvesant High School in Manhattan before attending Columbia University, where he earned a Bachelor of Arts in American History. During that time, he started mentoring local children and became active in civil rights. He then pursued his JD at Columbia Law School, where he spent a summer working for the NAACP Legal Defense and Educational Fund. His early commitment to civil rights would stay with him throughout his long career.

After graduating with his law degree, Holder joined the U.S. Justice Department’s new Public Integrity Section, but it wasn’t long before he was tapped by President Ronald Reagan to serve as a judge for the Superior Court of the District of Columbia. In 1993, President Bill Clinton appointed Holder as United States Attorney for the District of Columbia, the first African American to hold that position. In 1997, President Clinton nominated Holder to be Deputy Attorney General under Janet Reno, a position for which he was confirmed by a unanimous vote. At that time, he was the highest-ranking African American in law enforcement in the history of the United States.

After the end of his appointment under Reno, Holder worked in the private sector before joining then-Senator Barack Obama’s presidential campaign as senior legal advisor, and later served on Obama’s vice presidential selection committee. In 2008, President Obama nominated Holder for Attorney General, praising his “toughness and independence.” His nomination was approved by an overwhelming majority vote of the Senate Judiciary Committee. During his six years as Attorney General, Holder led the U.S. Department of Justice longer than all but three previous attorneys general. In that role, he was widely praised for his determination to thwart terrorism, to fight violent crime, to safeguard the environment, to protect vulnerable populations, to ensure civil rights and to maintain national security.

O’Brien is a broadcast journalist, news anchor, documentarian, executive  producer and philanthropist who has become a fixture in global news.

Maria de la Soledad Teresa O’Brien was raised in St. James, New York, a community only a few miles from the Stony Brook Campus. She and her five siblings all attended Harvard University. Soon after O’Brien graduated, she began her reporting career in Boston. In 1991, she joined NBC News, and by 1997, she was anchoring programs such as Weekend Today. In 2003, she joined CNN, where she distinguished herself by reporting from the scene of such stories as the London terrorism attacks in 2005, Hurricane Katrina in 2005 and the Japan earthquake and tsunami in 2011.

In 2011, O’Brien won her first Emmy Award for “Crisis in Haiti.” She was also a member of the teams that earned CNN a George Foster Peabody award for coverage of the British oil petroleum spill and of Katrina. She has also received accolades for her recent noteworthy documentaries, including Black in America: The New Promised Land; Beyond Bravery: The Women of 9/11; and Unwelcome: The Muslims Next Door.

After witnessing the devastating effects of Hurricane Katrina, O’Brien and her husband, Brad Raymond, began privately awarding scholarships to young women who lacked essential resources to succeed. As their efforts grew, they formed the Starfish Foundation to expand their reach. Today, the foundation provides scholarships to disadvantaged young women in underserved communities. To date, they have provided support to 28 young women.

O’Brien’s ties to Stony Brook University run deep. Her father, Edward O’Brien, is an Emeritus Professor in the Department of Mechanical Engineering; he has been on the faculty since 1961. She has participated in the School of Journalism’s “My Life As…” series, discussing her life as a CNN Anchor, and in 2015 she brought her Black in America tour, which focused on key issues facing minority communities today, to campus. 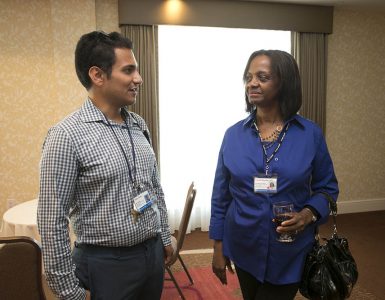 With its strong focus on the health sciences as well as diversity and inclusion, Stony Brook University has long been committed to the importance of global health and health disparities. SBU’s expertise in the area was... 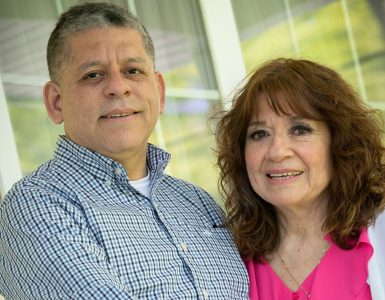 It’s as if Rubens Meza Henderson ’23 has lived two lives, both charmed. Now in his 50s, the Peruvian born-and-raised economics major at Stony Brook University enjoyed an idyllic boyhood in the rainforest near the banks...